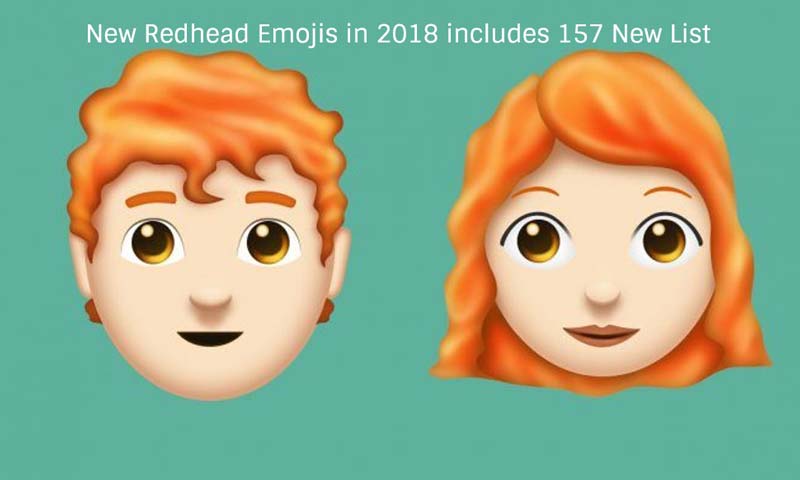 The New Redhead Emoji took some time to arrive but it’s worth in 2018. You can now customize your emoji skin tone, ears, eyes, eyebrows, nose, beard, hair color even bald head also. The glowing hair was released last time but that type of customization and uniqueness didn’t come with it. Now it’s time to change your old and boring emojis from your list. The emoji 11.0 released on June 5, Tuesday this year. If you don’t get or try this till date, then don’t worry. You will get the new updated Redhead Emoji in your list very soon by the software upgrade.

“Redheads have been a highly requested addition“, Jeremy Burge, Founder of Emojipedia and creator of World Emoji Day, told to ‘Today Style’.

The Redhead Emojis were the most requested addition last year by Emojipedia. But what was the reason for delaying so much to arrive?… Here is why?…

So the question itself contains the tricky answer.

“What type of emojis should be able to have red hair or curly hair etc. Then the second question is that if red hair is added, then what about other hair colors and styles including bald head also. Which one will be suitable the most and what emojis will be liked by the user normally?” Burge said.

These are the questions and reasons to take the time than expected. He also said that “The current approach is to make emojis more flexible, which will allow the system to give any emoji in red hair, though no recommendations have been made yet which emoji should be given a red hair option.”

The CEO of Emojipedia submitted the proposal in 2017 for how the Redhead Emojis could appear including another bunch of styles such as white hair, bald head, curly hair etc. Burge noted that “the majority of the emoji users are increased and approved,” so we’re ready to go with all of the possibilities.

He also mentioned that “the irrelevant hair colors like blue or green hair color could be added later if the users demand an update. But now the majority of Redhead Emoji, curly hair, white hair, and the baldness emoji is taking a lead part among all requests.”

The ginger emojis should be mainly welcome to the Redheaded celebrity, Jessica Chastain, who has spoken out about the favorite emoji. Her hair shade is now popular and the Redhead Emoji turns her style statement to a next level. She also said that previously she wanted to dye her hair, but after this, she realized that the red hair makes her special among all.

Among all emojis and mythological creatures, it is quite satisfactory that the Redhead Emoji is now available and fully personalized. For now, only iOS and Android latest versions will receive Redhead Emoji feature via the update. Though the emojis are now Unicode official, it will take a few months more to get the update on your phones and devices. But have the patience and it’ll definitely worth and exciting too.

Just a day before on June 4, at WWDC, Apple announced their new iOS 12 beta edition and most of the current iPhones already got ‘Memoji’. This is the updated version of animoji and this time it is really customizable depending on the user’s taste and preference. The Memoji is now only available in iOS 12 beta version for selected iPhones and it can be customized as per dress, hair, eyes, eyebrows, perfect skin tone, and even pulling out your tongue.

The newly updated Redhead Emoji and other emojis are totals of 157 in numbers. Emoji keyboard already included all the latest emojis and now we can access up to 2,823 emojis in the list. Some of the notable emojis like Man or Woman, different skin tones, hot face or cold face, dark skin tone, both man and woman baldness, white hair, man superhero, woman superhero, smiling face with 03 hearts, sewing, knitting, man supervillain, woman supervillain, lacrosse, and skateboarding etc. added.

One of the latest updates is the new Infinity symbol which is already in a Unicode character and available in the Samsung devices. The new pirate Flag Emoji is also added which is already supported by Twitter’s open source emoji project ‘Twemoji‘ and will be displayed as a black flag, skull, and crossbones on unsupported platforms. The newly added emojis are now available in iPhone X smartphone.

“The emoji list announced is final for now, so the vendors can start work on these in this year. We’ll release the final specification for Emoji 11 with synchronizing the Unicode 11 release. All the users can expect it to be announced in the second half of 2018.”

Twitter or EmojiOne could add this past released emojis soon after June, and the bigger companies like Apple and Google will save their updates for the future big announcements like major OS updates in September or October 2018. The Emoji 11.0 version is followed by the Emoji 5.0, the major reason to jump in numbered version to align emojis with full releases of the Unicode Standard from 2019. A recently published Unicode Timeline document shows that the Emoji 12.0 and the Unicode 12.0 both are aligning for March 2019 release.

Smilies are the most popular edition in any emoji release. These days we don’t even think without smilies or emojis. These are become the part of our life by expressing or telling via emojis or smilies without any text or voice. In 2018, 3D facial animojis are also taking a lead part. 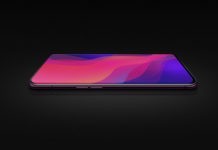