Call Of Duty franchise is very well known to the gamers, also it’s very vast in such a way that you’ll get to choose to play as many games that belong to the COD franchise. Despite the new release of the game. COD: Black Ops Cold War players still are on the same COD: Modern Warfare, and Warzone. It said that the games of COD franchisee hold one of the best Battle Royale game titles. If you’re one of those who are encountering the Call of Duty servers downtime issue on the very first day of the New Year 2021 then you’re on the right post.

Let me inform you that, there’s a holiday for many peoples out there, planning to enjoy their day with their online friends in COD, the number of players might be copious. And facing server disconnection or intermittent connection or downtime is enough to annoy you. Not only this issue is encountering on Windows but on every platform like PlayStation 4/5, Xbox Series X|S, and Xbox One. 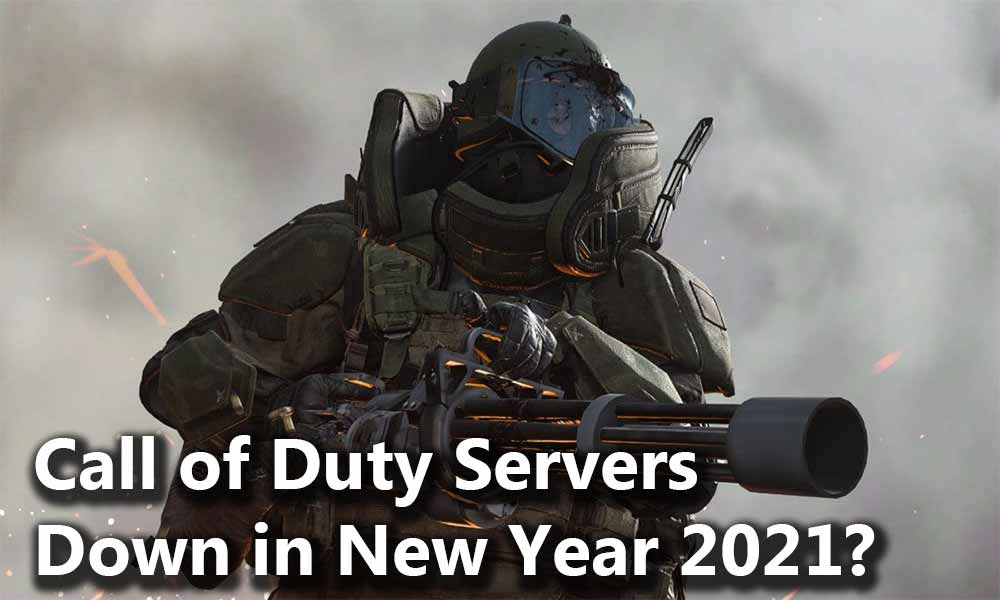 What is the reason that is keeping players disconnected from COD?

Honestly, this is the most FAQ by many COD gamers, strange thing is that this issue is not encountered earlier. The official Activision support page conveys a message about this issue as “We’re currently experiencing connectivity issues. This incident is under investigation.”

As we can see they’re not even a developer and publisher has mentioned the exact reason behind the scene. The weird thing is that only COD: Black Ops Cold War is exceptional which is not all encountering server downtime issues. There’re players out there facing the term “Trial” located right next to the lobby which is completely clueless to understand the actual reason.

After hunching several things and other aspects, the only thing we can do is to wait for the server to work as fine. Till then we might have to spend the time on other Battle Royale games.