Love to play the all-new Call of Duty online battle royale game but don’t know how to survive longer in Gulag? No worries. Because this time we brought you an easy guide to tell you how you can win the Gulag showdown in Call of Duty: Warzone by using a simple catchy trick. Check out How to Spray Paint in COD Warzone (Gulag).

One genius guy unknowingly came across a great idea and discovered that if you manage to spray paint your enemy while waiting for the Gulag showdown, your enemy should be easily visible during the fight.

Using this feature your enemy is more noticeable. It enables you to spot your opponent more efficiently, giving you a slight advantage. It becomes high pressure to the player resulting in a hateful relationship with the Gulag.

But to earn a one-way ticket to get back on the battlefield, you can’t just sit around while your allies are struggling to get enough money to redeem, so you can maximize your chance of winning the Gulag showdown.

Many players will throw punches, stones, or even sit around AFK, but the trick is to take advantage of the Gulag queue, after reading this whole article you’ll realize that this trick is quite helpful to win the Gulag. 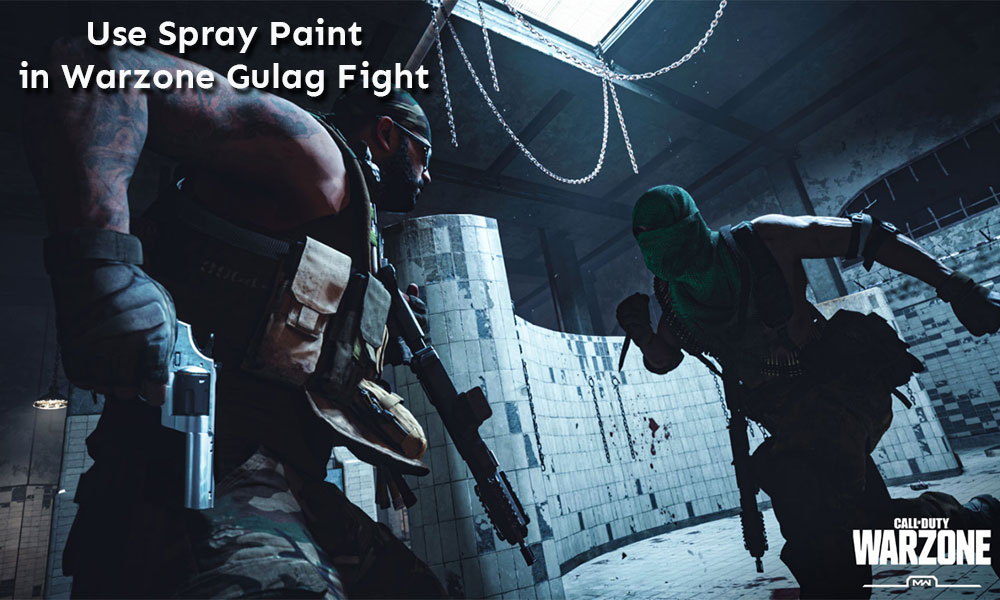 How to Use Spray Paint in COD Warzone

Read More: You Can Play Fortnite on Mobile with a Controller

So, who is the genius behind this neat little trick? Apparently, someone who was tipsy from St. Patrick’s day beverages. It seems many clever ideas worked itself out by chance.

A Redditor “PublicWest” was simply trying to have some fun while waiting for his Gulag showdown when he quickly realized that spray-painting opponents make them much easier to see.

Thanks to his experimentation and willingness to share his findings. Dedicated players have another tool to get a leg up in their upcoming Gulag matches.

Note: You will be able to spray paint to your opponent at the beginning of the game. If you fall straight into the battle then there will be no chance to do so. That’s one of the major drawbacks of the COD’s battle royale mode.

Now, as you know the trick about how to use spray paint in Call of Duty: Warzone, make sure you win the Gulag! Cheers.