Samsung is getting really focused on working and pushing the frequent software updates as well as introducing more security or privacy to its eligible Galaxy devices from a couple of years. After rolling out the latest June 2021 patch update to its Galaxy S21, S20, Fold, Z Flip, Z Flip 5G, A71, A52 5G, it’s time for the Galaxy A52 4G model in several regions. Now, Samsung Galaxy A52 (4G) is receiving the June 2021 Security Patch in India expectedly.

A big thanks to the One UI skin that Samsung has developed and released back in 2018 as a successor to the TouchWiz UI. As the OEM has promised to push three years of major Android OS updates and a total of four years of continuous security patch updates to its eligible list of devices, users are now much happier than ever.

After the flagship series devices, Galaxy A-series models are considered to be the upper mid-range section of Samsung that offers most of the premium features and decent level of hardware performance too. 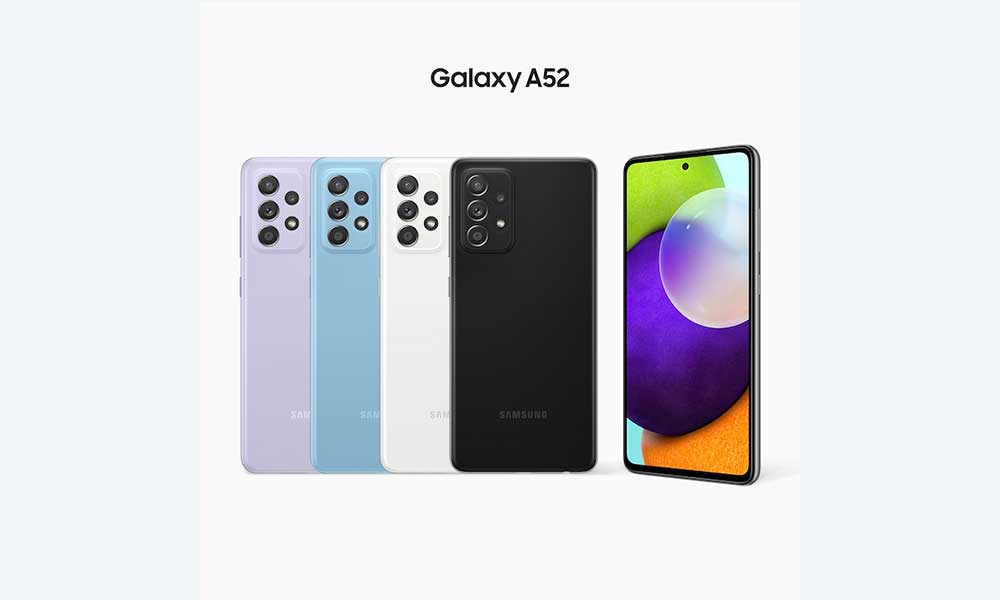 Talking about the patch update, Google has recently released the latest June 2021 security patch update for its eligible Pixel models. Later other OEMs are now pushing the same patch level with their own sort of bug fixes and improvements to the eligible devices.

Well, Samsung is not far behind, and the company is trying so hard to offer the best experience to its Galaxy users. Even though the Galaxy A52 5G variant isn’t available in India yet, the rumors are high that it’ll arrive pretty soon.

Moreover, the Galaxy A52 4G variant has already launched in India a couple of months ago, and it has received a well amount of appreciation due to its almost near to perfect mid-ranger plus premium segment device in the Galaxy A-series lineup yet.

The Galaxy A52 has started receiving the latest June patch update in Caucasus and Ukraine region initially. Now, the Indian variant users will be pleased enough to get the same. The update includes the latest security patch of June 2021, multiple bug fixes, stability improvements, new or enhanced features, and further performance improvements.

However, there are no specific details available yet that which particular improvements or bug fixes are included. It includes the firmware version A525FXXS2AUE2 / A525FODM2AUD3 that comes with around 220.40 MB of update size. This particular firmware update is still based on the One UI 3.1 running on Android 11 officially.

If you’re already using the Samsung Galaxy A52 4G variant in India then you may receive a notification for the new OTA update. However, if you haven’t received the notification yet, you can always manually check for the same via navigating to the device Settings menu > Tap on Software update > Tap on Download and Install.

But if you’re unable to see the update available for your device via OTA, you can use Samloader to download and install the latest firmware manually.

Till then stay tuned for more info. You can comment below for further queries.