After getting the first-ever official stable Android 10 update in the Nokia family, the Nokia 8.1 November 2019 Security Patch is now available. Though the security patch version is one-month outdated, the device users will take this for granted. The firmware update is rolling via OTA in a staged way, so the users will get a broader roll-out very soon globally.

Most of the Nokia 8.1 users should know that the Android One program is primarily focused on delivering faster and frequent software updates for a couple of years. The OTA update contains only the November 2019 Android Security Patch Level and nothing else. So, it’s a very minor update in terms of the changelog and even file size.

We will recommend upgrading your Nokia 8.1 as the new software version brings a critical security vulnerability fix in the System component that could enable a remote attacker via a specially crafted file to execute arbitrary code within the device system. 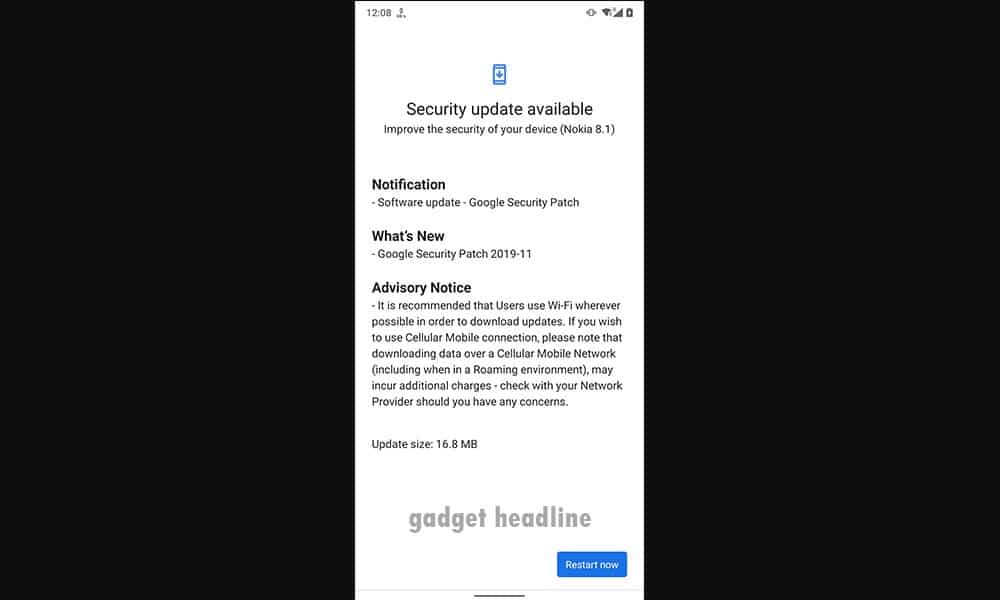 The users will see an incremental update in a size around 16.8MB that brings the software version V4.15D based on Android 10. If you’re already running on V4.15C, then you should receive the OTA update soon.

If you want to manually install the firmware right now, then you can grab the OTA file below. Make sure to use Wi-Fi if possible or download the OTA over cellular data. Charge your device fully or more than 50%-60% at least.