The #boycottmadeinchina tweets are doing rounds on twitter. The reason behind it’s quite apparent. From the moment the Coronavirus has engulfed us, China is being held from its neck. Also, the intrusions of China on the Indian border is another reason. As the whole app market is filled with Chinese developments, as Indians we should stand against these Chinese apps for our smartphones. Check out 8 Best Chinese Apps Alternatives in India.

Media agencies of India have said that boycotting Chinese Apps is the best way to cripple it. However, we all know that China is present in each and every home. China is today the nation that has transcended all boundaries. Its presence is felt everywhere.

Yet the amount of capitalism that goes behind Chinese Apps and goods is unprecedented. This calls for some quick Indian Alternatives to boost up #MadeinIndia.

Have you watched the TikTok videos of Shilpa Shetty? Or don’t you use WhatsApp? Well, the answer is of course yes. As said before, Chinese Apps are the easiest things we Indians use. But to strengthen the Indian Application Industry, we need to use the indigenous best apps. The talent in our country knows no bounds.

Umpteen technologies are developed in India. Yet, it only lacks a good target group. When Flipkart came into the market, it became a huge success. The Bansal brothers proved that India has got some good talent and applications.

So, you should check out our very own apps that will make you forget about the Chinese ones!

Read Also: Will TikTok come back to India?

Kaise ho mitron? (How are you, friends?) This Indian version of the Tiktok app name means “friends” is a new hit in the market in a very short period of time. It came into the market just recently and said to be developed by IIT Roorkee student – Shivank Agarwal. A big cheers to this guy.

The app is fully inspired by the Tiktok platform and it allows users to make entertaining & fun videos. The Mitron app has already been downloaded around 5 million times which is a big number. Well, Tiktok becomes a pile of an unnecessary entertainment platform that teenagers and youngsters should not be allowed to use. That’s why we’ve listed the Mitron app as a Chinese Apps Alternatives in India against Tiktok. Since people are avoiding Chinese Apps, this is the best choice for all of you guys. Although the app got in a broil recently over origin issues. It’s believed to be developed first in Pakistan. Still, no one can ignore its growing popularity.

So, join your “Mitron” app today!

And here comes everyone’s favorite. From elders to youngsters. From boys to girls. No one can ignore the Ludo king.

The Ludo King is the best Chinese Apps Alternatives in India against the ‘Ludo Chinese app’. It’s owned by a person named Vikash Jaiswal. The game is based on the ancient Indian game of Pachisi. The game is ranked Number 1 in the top free games list.

Many celebrities on Social media are seen playing Ludo King. It is an app that binds families and friends together. It really upholds the values of Indian socializing in a game form. So, don’t wait and download it today itself.

No one can deny the infinite popularity of WeChat. Yet, this doesn’t mean that India stays behind in the race. The HOWZIT app can be your next favorite one. It has all the features that WeChat offers.

It is basically a messenger app that allows you to privately chat with other friends and strangers. It also offers unique features like Emotion with text, audio with image, etc. 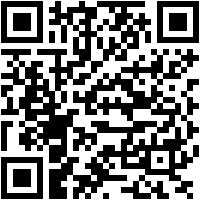 So, you can delete your WeChat and give it a try. We can expect that HOWZIT won’t disappoint you!

Well, UC Browser is one of the most popular and highly used apps for both Android and iOS platforms. The UC Browser is no new name in the market. They say that about 45% of Indians use the UC Browser.

However, that doesn’t deviate us from unnecessary trouble that UC is. It always hangs in between and it shows random & indecent adult-based ads or articles which aren’t expected at all. Meanwhile, the app also offers plenty of vulgar images and fake news in most of the categories.

Therefore, we’ve listed the Epic Browser as Chinese Apps Alternatives in India. In order to solve your problem, we have the Epic browser. It is made by a firm in Bengaluru. It is quite Indian in its feel. It offers an inbuilt antivirus. This makes it safer than unsafe Chinese Apps. 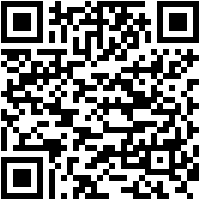 You can also type in around 12 Indian languages in it. Lastly, one can even customize the appearance of the browser. A good choice to go for the Chinese Apps Alternatives in India! Similarly, you can check out the best video calling apps for Android.

This isn’t new to the Indian Women. Ajio is certainly the most famous shopping app. Although Romwe isn’t too far in the competition, Ajio has carved a niche for itself.

It was officially launched at the Lakmé Fashion Week in 2016. It serves under the banner of Reliance Industries. It has some amazing dresses and suits. It is already a hit among women. So, install it today and book your order.

Sharechat isn’t a lost app in India. Rather our hearts reside in it. It is an app that has helped nourish Indian culture and entertainment. Helo is completely Chinese and mostly helps people make videos or send messages.

But Sharechat has more to it. It’s a social media app. It allows people to promote their businesses in regional languages. In fact, it only operates in Indian languages. Thus, it helps people to chat comfortably without English Usage.

It has a value of about $650 million. This shows its popularity among Indians. Presently, it has 60 million users. If you don’t have Share chat, go and install it today!

In this quarantine, work for home is the new norm. Most of the employees at home need an instant app for file transfer. So, rather than using the Chinese Shareit, one can use the native Jioswitch.

It’s a great way to transfer files between Android and iOS. It also has no ads and shares files at the fastest rate. Besides this, it allows the sharing of photos and videos of any size. Jioswitch is the solution to all your work problems!

Yes! We can understand that Zoom isn’t a Chinese brand but recently Zoom authority has accepted that they routed calls to China especially from North America. So, it can be possible that Zoom can compromise the user data privacy of other countries including India.

In the business world, people are resorting to video conferencing. But the Zoom is full of technical glitches and recently we came to know that there was a huge amount of data leaked of the users due to the lack of security measurements. It even lacks privacy and is accused to sell user’s data. So, here comes a new app in the market. ‘Say Namaste’ is a lovely name indeed. It was launched on 17 April 2020 in view of Zoom’s lack of privacy concerns.

It’s an excellent app in which you can do live chatting. One can even invite others through conference links. Altogether, you can’t afford to use it. It’s a must use one!

Concludingly, it can be said that right now, choosing Indian apps is the safest choice. There is still no clarity about the Conspiracies China is hatching. The amount of Chinese Apps we use is worrying.

Obviously, China knows how to play the Capitalist game well. But this is high time, we realize our follies.

This is also the time when the Indian Revenue Generation is lowest. So, let’s all come together and dump the Chinese Apps. If we start using the Indian ones, we will contribute to our growth and GDP. Let’s not be a part of the herd race. We assume that you’ve found this Chinese Apps Alternatives in India article pretty helpful. You can comment below for more queries.

TikTok ban extends up to 90 days in the US

Will TikTok come back to India?