Xiaomi is expected to launch its new Redmi flagship series smartphones on May 14, 2019, in China. There are most probably three smartphones gonna be launch powered by SDM855 chipset. Ahead of the launch, there are so many leaks and rumors coming out that all the three Redmi flagship smartphones will be powered by Qualcomm’s flagship Snapdragon 855 SoC. Recently, an Instagram account of ‘xiaomi.redmi.india‘ has released a leaked image of both three devices. The Xioami Redmi K20 Pro, Redmi P20 Pro, and Redmi X20 Pro will be the three models.

Additionally, a new leak coming from the ITHome blog that the Redmi flagship has got a name. The device name may be Xioami Redmi K20 Pro. The leaked images showing the outer cover of these three phones with all three names. The best part is that all three models have almost the same specifications. 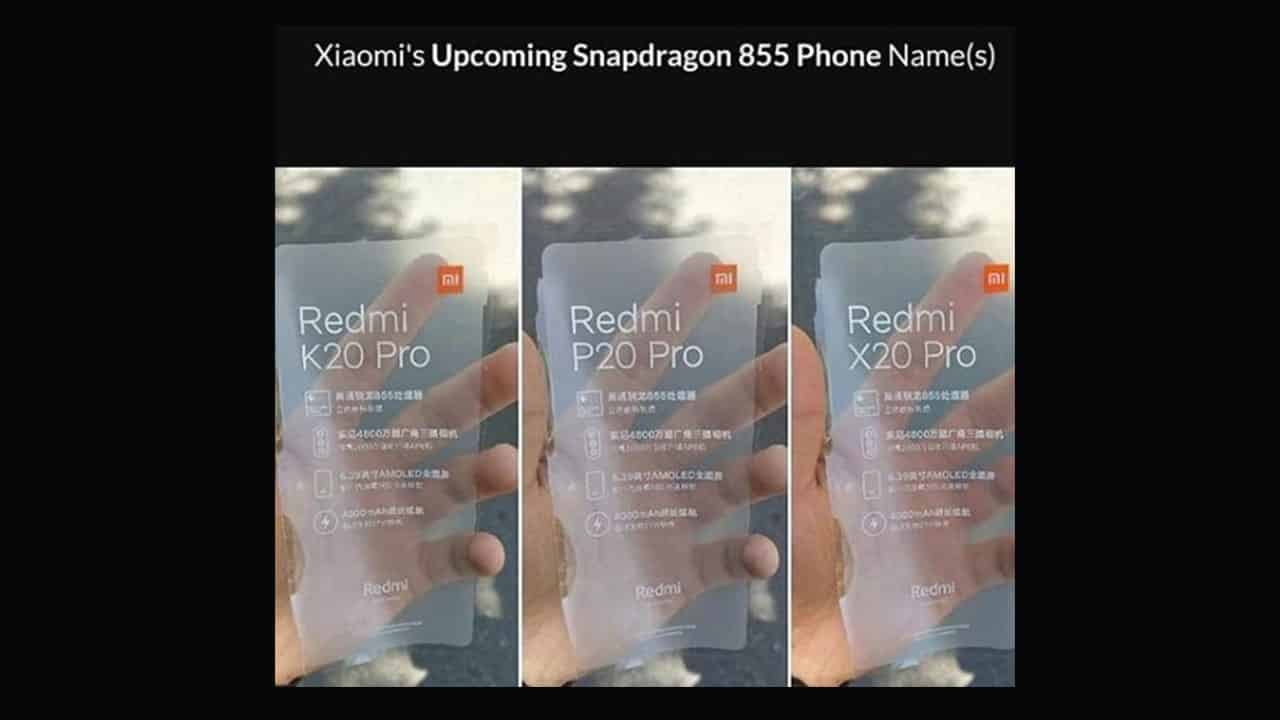 The outer cover in a leaked image confirms that the Redmi flagship Redmi K20 Pro, Redmi P20 Pro, and Redmi X20 Pro will be powered by Qualcomm Snapdragon 855 SoC. All three models come with a 6.39-inch AMOLED display with a 4,000 mAh battery. While the rear camera may come with a triple-lens of the total 48MP sensor along with a 20MP selfie camera.

Some of the rumors suggest that the Redmi K20 Pro will feature with a 48MP+13MP+8MP triple rear camera setup and the front will sports a single 32MP selfie pop-up shooter. It will run on Android 9.0 Pie-based MIUI 10 and features 5G connectivity as well. The handset may come with an 8GB of RAM and 256GB of internal storage as a base model.

It looks like the Redmi K20 Pro is genuine but the rest of the two models like P20 Pro and X20 Pro may be edited or photoshopped. The Realme X will be the Realme’s flagship phone and will launch on May 15 in China.

We have to wait for more leaks and renders to confirm the actual status of Redmi’s flagship device.