The three new Xiaomi Redmi 6 series has been unveiled today on September 5 in India. The two entry-level devices such as Redmi 6 and Redmi 6A comes with a MediaTek processor and single RAM variants. Whereas, the higher model Redmi 6 Pro comes with a notch display, two RAM options, and the Qualcomm processor. All the three devices support AI Face Unlock feature, EIS on video recording, and running on Android Oreo over MIUI 9.6 version. The new Redmi 6 series smartphones have some other features like Unlock with Mi Band, dedicated MicroSD card slot etc. 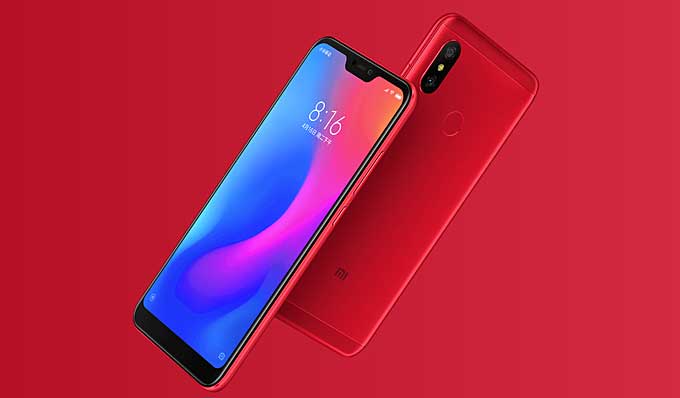 The Xiaomi Redmi 6 comes with a 5.45-inch HD+ an 18:9 aspect ratio display. Under the hood, the device is powered by the MediaTek Helio P22 SoC coupled with a 3GB of RAM and the 32GB/64GB of storage options. The device storage can be expandable up to 256GB via dedicated MicroSD card slot. 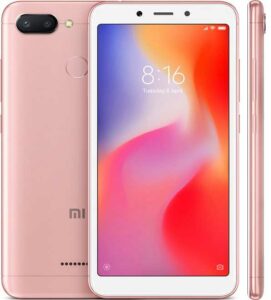 The smartphone is packed with a 3,000 mAh battery with 5W charger and runs on MIUI 9.6 with Android Oreo. It does have all the necessary sensors including the rear-mounted fingerprint sensor. The device measures 147.5 x 71.5 x 8.3 mm and weighs 146 grams. It comes in Rose gold, Gold, Blue, Black color options.

The Xiaomi Redmi 6A runs on Android Oreo over MIUI 9.6 out of the box. It sports a 5.45-inch HD+ an 18:9 aspect ratio display. It is powered by the MediaTek Helio A22 chipset along with 2GB RAM and the 16GB/32GB internal storage variants. The storage can be expandable via MicroSD card (up to 256GB). The Redmi 6A comes with a single 13MP rear camera with f/2.2 aperture lens, EIS support, and LED flash. The front has a 5MP selfie camera with AI Face Unlock, Portrait Mode, AI Beautification Mode, and a selfie flash. 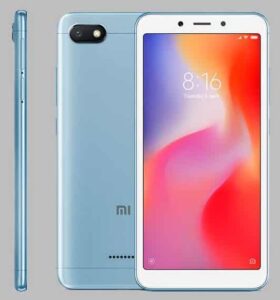 It includes connectivity options like Wi-Fi 802.11b/g/n, 2.4GHz WiFi, WiFi Direct, Bluetooth 4.2, GPS, A-GPS, GLONASS, Beidou, Micro USB, and a 3.5mm audio jack. The device does have sensors such as Accelerometer, Compass, Ambient Light, Proximity, Vibration Motor sensor etc. Under the hood, the handset comes with a 3,000 mAh battery which can deliver up to 40 percent more juice than previous ones – claimed by Xiaomi.

The Redmi 6 Pro is the top model among the three models of Redmi 6 series. The device sports a 5.84-inch Full HD+ 19:9 aspect ratio notched display with a resolution of 1080×2280 pixels and it runs on MIUI 9.6 on the top of Android Oreo. The notch of the display can be hidden from device settings. This one is powered by the Qualcomm Snapdragon 625 SoC coupled with Adreno 506 GPU, 3GB/4GB RAM, and the 32GB/64GB onboard storage capacity. All three devices have dedicated MicroSD card slot which can be expanded up to 256GB. 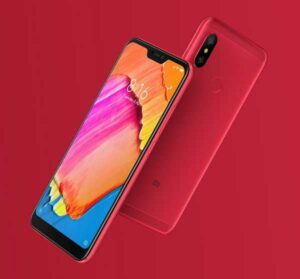 Infrared, Compass, Gyro, Fingerprint, Accelerometer, Ambient Light, Proximity, Vibration Motor sensor – all sensors are supported by this device. This one paired with a bigger 4,000 mAh battery and will be available in Gold, Blue, Red, Black colors. The smartphone measures 149.3 x 71.7 x 8.8 mm and weighs 178 grams.

Xiaomi Redmi 6, Redmi 6A, and Redmi 6 Pro Price and Availability in India

The new Redmi 6 series smartphones launched today on September 5 (Wednesday) in India at New Delhi launch event. The Redmi 6 priced at Rs.7,999 for the 3GB/32GB variant and Rs.9,499 for the 3GB/64GB variant. The phone will be available for sale via Mi.com and Flipkart on September 10 in India.

Xiaomi India launched the Redmi 6A with a tagline of #DeshKeNayeSmartphones. It’s priced at Rs.5,999 for the 2GB/16GB model and the 2GB/32GB model priced at Rs.6,999 only. It will go on sale on September 19 via Amazon India and Mi.com.

The last and the higher model Redmi 6 Pro price has been set in India at Rs.10,999 for the 3GB/32GB variant. Whereas, the 4GB/64GB variant has been priced at Rs.12,999. This one will be sold on September 11 via Amazon India and Mi.com exclusively. There are some amazing discount offers available on purchases.