The Chinese tech giant and manufacturer Xiaomi is planning to buy GoPro, as per to a recent report. The GoPro cameras are popular and useful as an action camera with different kinds of resolution. Xiaomi has already entered in action camera section and they are quite well in it. If the Chinese company acquire the GoPro and build some good action cameras at an affordable price then it would have been a great thing for consumers. We already know that Xiaomi is very well in making of budget and affordable gadgets. GoPro is already doing quite good with their cameras and holding up the market.

The GoPro was valued once at almost over $10 billion but the things do not get in favor of the company and the current valuation is standing nearby $770 million due to some unexpected product launches and market competition. The report claims that the business deal with Xiaomi could raise the value of GoPro up to $1 billion, which will be a 30% higher than the current market value.

Now the point is that, could Xiaomi acquire GoPro….and if it is yes then what will be the results? 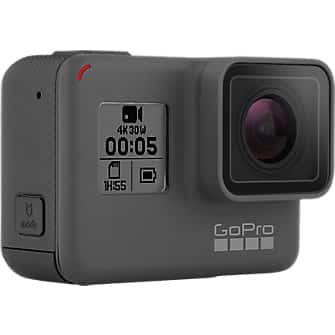 Xiaomi has already launched so many 4K action cameras like GoPro which are so many affordable in price segment than GoPro. Xiaomi making Yi cameras with so many features and better specs as well. Just like that, in the drone camera sector, DJI Mavik Pro is really doing well and so many features. That is another reason for the fall of GoPro market. In 2016, GoPro launched their Karma Drone which was the Quadcopter HD camera drone but it didn’t do that well. Even so, many consumers reported that the drone was falling out of the sky and they eventually lost their controls.

Table of Contents hide
1. After that issue, GoPro CEO, Nick Woodman said, “We are getting out of the drone business and we are looking for a business deal or sale to unite with a bigger parent company to enlarge the GoPro at a higher level.”
2. Why Xiaomi Acquire GoPro
3. Why Xiaomi Shouldn’t Buy GoPro

After that issue, GoPro CEO, Nick Woodman said, “We are getting out of the drone business and we are looking for a business deal or sale to unite with a bigger parent company to enlarge the GoPro at a higher level.”

Right now as per IDC reports, Xiaomi has a 7.2% market share in the Global smartphone manufacturing at the end of 2017. The company is in fourth place as highest smartphone manufacturing company after Apple, Samsung, and Huawei. That means they are leading the most of the regions with their best and affordable smartphones. The best part is that most of the sales and market coming from China and India right now.

Xiaomi is planning to take it higher level to western regions as well. Not only, smartphone but also the Chinese manufacturer has so many products such as Smart TV, Speakers, Wearables, Shoes, Weight Scale, Earphone, Charger, Power-Bank, USB cables, Yi Action camera, security camera, home appliances and many more. If Xiaomi acquires GoPro then the company will acquire their market shares, consumers, marketplace globally. Xiaomi could use GoPro cameras in their smartphones via some handheld devices or modules.

That will be the same thing as Huawei acquires Leica lenses into their flagship smartphones and actually, the fact is that Huawei smartphone cameras are so good in terms of the price tag. The best part is that the acquired brand name or logo or goodwill will merge with the owned company, which lifts up the market value and users faith. If Xiaomi buys GoPro, then the company will use GoPro’s Quik software in their own Yi camera app. The report says that the GoPro stock value will decrease 8% more in this year and the earning rate will also fall down unexpectedly. The market stock price will remain same for now which is also pathetic. GoPro is in deep trouble. Their flagship and entry-level cameras are can’t compete in the market with that higher price tag and normal specifications. The continuously dropping stock price of GoPro will make a little bit of sense for Xiaomi to buy it. Xiaomi already investing too much money in their Yi action cameras and which sells at an affordable price than GoPro cameras.

Xiaomi also invests in Huami, this brand is separately producing Xiaomi Mi Band and other wearables for Xiaomi. That will also help to increase their share value in the market after acquiring the GoPro. Xiaomi reportedly generated over $1 billion in last year and if Xiaomi buys GoPro then the Yi segment will be a topper in 4K action camera. Xiaomi could consider a bid for the sale of GoPro but the company wouldn’t take any major steps. There are so many rumors coming out but we have to wait for any conclusion.