Finally, after a number of requests of players, Minecraft is making the jump to PlayStation VR. A PlayStation blog revealed that Minecraft is coming to PVSR with full supports this month. Looks like Minecraft completely fulfilled the fanbase on PlayStation 4.

According to the PlayStation Blog, the developer of Minecraft, Mojang is enabling support for Sony’s virtual reality headset. So it clearly indicates that its not a separate version of the game.

There will be two different VR mode will be available during gameplay.

Now, it will allow you to play the game fully immersed in its world, or simply on a virtual screen in front of you. If you’ve had Minecraft already available on PlayStation 4, you’ll get patch level automatically.

SkyBox took the initiative to present PSVR on PlayStation 4 and the upcoming PlayStation 5. So, this might be a revolutionary path to PSVR games in the future.

Roger Carpenter also mentioned that the development of Minecraft for PSCR was not an easy task. Therefore, this time you can expect the best Minecraft experience. 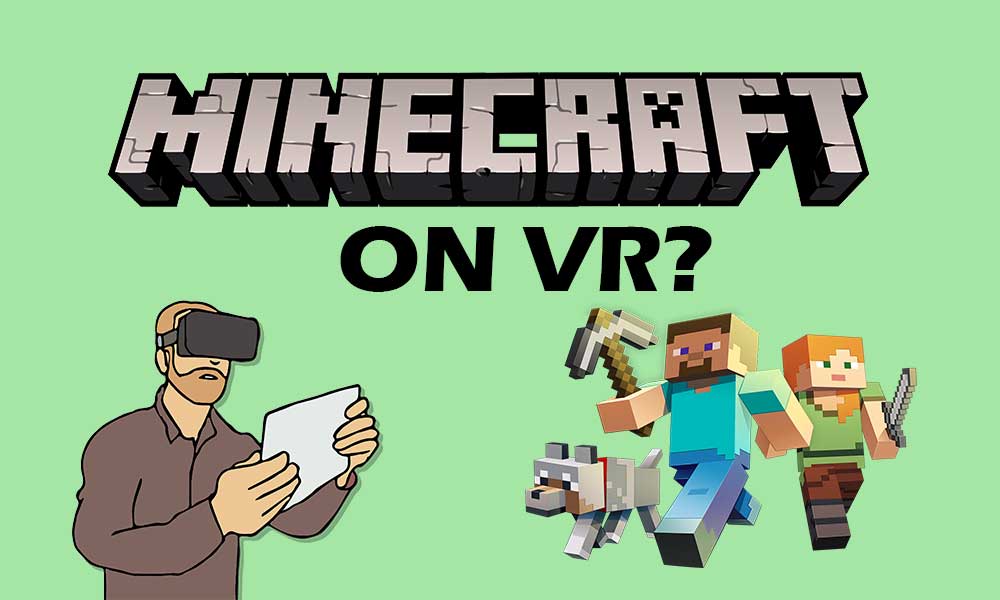 Table of Contents hide
1) Will Minecraft get VR support?

“PSVR support has actually been a planned PS4 feature since we got the thumbs-up from Sony to bring cross-platform play and the Bedrock version to PS4.” These are the words from Xbox game Studios producer, Roger Carpenter mentioned on the PlayStation blog.

However, PVSR might not be a hot commodity in PlayStation 4, even though its the new tech as compared to another console. On the other hand, PlayStation 5 already confirmed the support of PVSR.

Games just like Minecraft, which is considered to be the most popular game in the long run, after its launch increase more detailed and involve fan creation, seem perfect for VR and it might possible that technology breaks into more mainstream usage in the future.

Much of the game’s recent success has come during the coronavirus pandemic. Microsoft said that in April, it tallied a 25% increase in the number of new players joining its game community, and a 40% spike in the number of people playing together.

That’s it for now. If you’ve any queries or thoughts, feel free to mention in the comment section below. Till then stay tuned for more info. You can also follow us on Google News or Telegram group for real-time notifications whenever Gadget Headline publishes any post.