The Switch is one of Nintendo’s most successful and influential systems ever. Unlike the PlayStation and Xbox console, the popular Nintendo Switch is a unique gaming console or you can say platform that you can carry with yourself everywhere you go as one of the most compact gaming devices after smartphones. It does have its own gaming store to purchase games compatible with Nintendo Switch like other consoles. So, if in case, you’re new to the Switch and looking for the Top 5 Nintendo Switch Games Under $30 in 2020 then this article is for you.

It finally happened that Nintendo Switch surpassed the Super Nintendo with over 50 million units sold since the console launched in 2017. The Nintendo Switch needs good games to keep forward. Finding hard what to play? Even though, that’s the thing is getting harder every year.

There’re many games to choose from, and some Nintendo players don’t even have a budget to buy Nintendo games. But don’t worry, we’ve successfully managed to provide you a list of the top 5 Switch games that you can get and start playing. So, without wasting much of your time let’s get started. 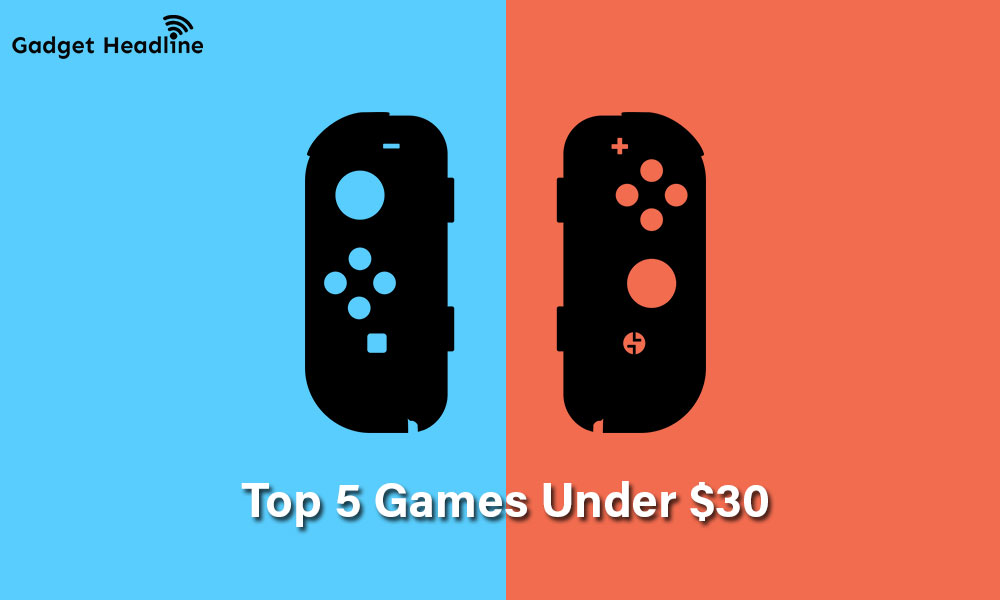 Only heading over to the Nintendo Game Store without any specific choice or knowledge won’t be a good idea and especially when you’re new to this platform. So, it’s always better to keep some idea of some of the best Switch games which you can relate properly and always love to play. Here is the list as follows:

Crysis Remastered is the next level Sci-fi game. The graphics of the game is cool and advanced like its other franchisee. The game has its story when the alien’s hideout is discovered over the Philippines, American soldiers, and a one-man army, Jake Dunn drops themself a special Nanosuit to obliviate North Korean soldiers and ancient alike.

The game is focused on story mode, you can switch between different modes with attributes of speed, power, defense, or health alongside. It feels thriller to complete each mission.

Minecraft doesn’t need any intro to describe the game. Game is about placing blocks and going on adventures.

Explore randomly generated worlds and build amazing things from the simplest of homes to the grandest of castles. Play in creative mode with unlimited resources or mine deep into the world in survival mode, crafting weapons and armor to fend off the dangerous mobs.

Bayonetta is a complete one of the badass games from the creator of Devil May Cry. The game centers on its title character Bayonetta, who can wield four handguns among other weapons and perform magical attacks to defeat various enemies.

The game has five difficulty settings its two easiest ones contain a game mode playable with only one button, similar to a mode Kamiya used in Devil May Cry. Its characters were designed with modern style and fashion in mind, while its music is largely upbeat and feminine.

Final Fantasy IX considered one of the best games sold worldwide. The game is focused on the story of Zidane and the Tantalus Theater Troupe has kidnapped Princess Garnet, the heir of Alexandria. However, the princess herself yearned to escape the castle.

Through a series of unusual circumstances, she and her personal guard, Steiner, fall in with Zidane and set out on an incredible journey. You shall not miss the game.

Fell Seal: Arbiter’s Mark is a remarkable game and a shining example of what crowdsourced games. It’s a turn-based tactical RPG modeled after Final Fantasy Tactics, a game that was itself inspired by Dungeons and Dragons.

There’s a variety of different characters, job classes, and different play styles to make the gameplay very deep and satisfying.

As the title suggests, Spiritfarer is one of the highest-rated and popular games for all the popular gaming platforms including Nintendo Switch. It’s the story about a boat sailer or a ferry master who sails his boat to explore the world with the deceased and guide the spirits across the mystical seas to release them into the world of the after-life.

The graphics, story, gameplay everything is way above the expectations to the gamers and that’s it has overwhelming response and reviews from the critics as well as gamers.