PlayStation 5 by Sony is a really impressive device, waiting for the console was worth it after all. Sony maintained the promise of fulfilling the demand and taking the gaming experience to the next level. Also, Sony revealed its trump card by introducing the PlayStation Plus Collection for PlayStation 5 console that allows you to play the game free at no cost. In this article, we’ve managed to provide you simple details on whether PS5 is compatible with HDR10+, DOLBY VISION, HLG, or not. Without further ado, let’s get started.

Technical heads, gamers, etc have started comparing PlayStation 5 console with another next-generation console Xbox Series X and Series S. That’s okay because we can’t stop that comparison thing, everyone has the right to get the best thing within a specific budget range. People’s expectations are increasing now, one will always expect to have the latest HDR standard that would support PlayStation 5. 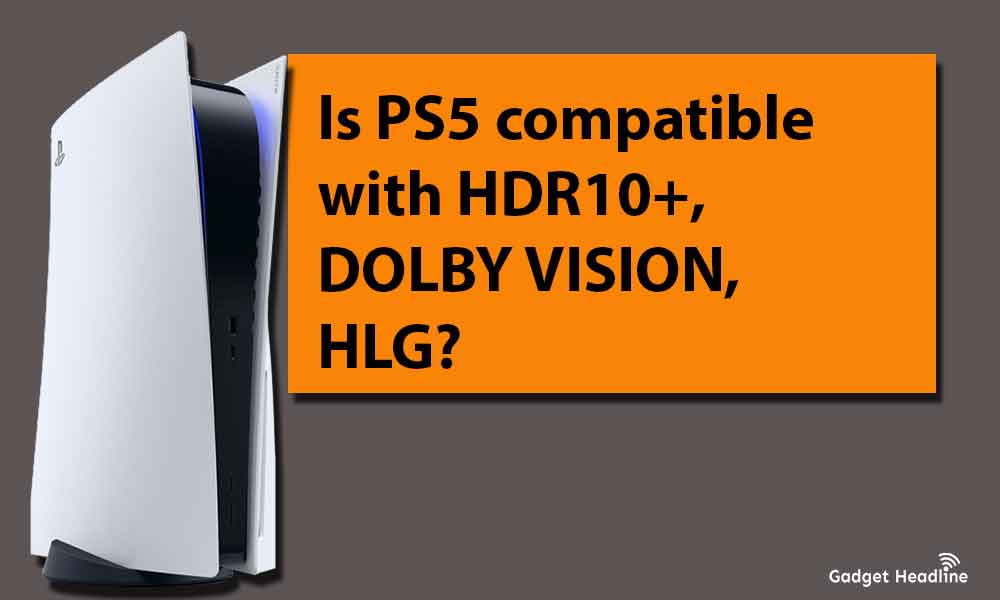 Let’s be straightforward, PlayStation 5 is not compatible with Dolby Vision, HDR10+, or even HLG. It’s sad but it’s like we expect things too much from the console. In the future, Sony might provide HDR standards through the firmware update if the hardware allows it. So we still have hope.

Also, we can’t predict the future based on conjecture. HDR10+, Dolby Vision, and Hybrid Log-Gamma are widely used by many content providers these days. You might know that HDR10+ is backward compatible with HDR and majorly supported by Samsung, Panasonic, and Amazon. Also, there’re many streaming providers that allow to provide you HDR format content. Dolby Vision is present on 4k Blu-Ray, talking about the HLG it is one of the rarest formats which is used widely on YouTube, DirectTV, and BBC iPlayer.

This is not the first time Sony has done such a consequence, PlayStation 4 Pro does not support the 4K UHD Blu-Ray drive format but Microsoft adopted in Xbox One X. As a result, gamers were expecting that the PlayStation 5 might come with what they’ve expected. It lacks an internal SSD expansion bay. Hope in the future Sony will bring the models as per the gamer’s expectations.

When will Dirt 5 release for PlayStation 5 and Xbox Series X?