As this is a stable update, it will fix a lot of bugs and general issues on your Apple devices with improved system performance & stability. Along with iOS 13.6.1 and iPadOS 13.6.1 update, Apple has also released macOS Catalina 10.15.6 Supplemental update.

Both the iOS and iPadOS latest stable updates are publicly available with the new software version 17G80 for those who are running on the iOS 13.6 version. Furthermore, Apple has pushed a modem update in the iOS 14 Beta 4 which remains the same in this update.

The all-new iOS 13.6.1 fixes an issue that could cause unneeded system data files to not be automatically removed during the low storage. It also fixes a thermal management issue that occurred a green tint on the screen in low-brightness on some iPhones.

Additionally, it has fixed a bug that could cause Exposure Notifications to be disabled for some users. 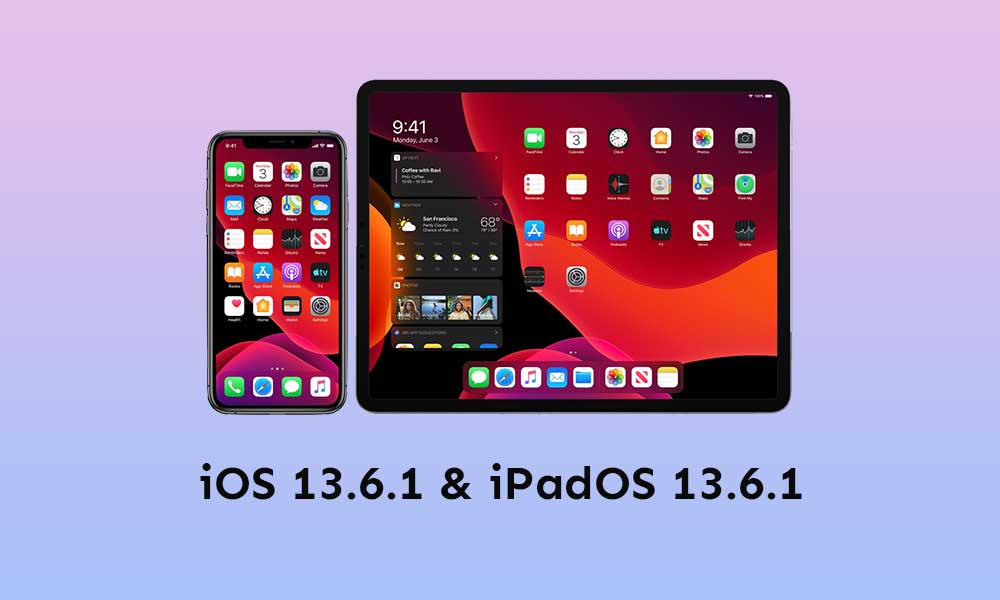 However, you can still use the Exposure Notifications feature if you have any supporting third-party app for your region. So, these are the few incremental changes on iOS 13.6.1 and iPadOS 13.6.1 that users gonna benefited a lot.

Read Also: How to turn off Autoplay Videos and Live Photos in iOS 13

Steps to Update iOS and iPadOS

The iOS 13.6.1 update weighs around 110 MB in size which users can easily grab via the device Settings -> General -> Software Update. Just tap on Download and Install & it will automatically start updating your device. The same will be applicable for iPad users as well.

It may take a while to completely install the update and boot your device into the new system. So, have some patience.

Note: In case you’re using an iOS 14 Beta or iPadOS 14 Beta version (Developer or Public) on your iPhone or iPad and want to go back to the stable iOS 13.6.1 or iPadOS 13.6.1 right now, then you can remove the beta profile from your device Settings -> General -> Profile section. Tap on the beta profile and finally select Remove Profile. If prompted, confirm the task.

Once done, you will be ready to go back to the stable version easily. That’s it, guys. Feel free to comment below for any queries. Cheers!