We’re just a month and few days ahead of the release of the next-gen console PlayStation 5. It’s one of the long-awaited next-generation gaming consoles by Sony PlayStation. Besides this, Microsoft Xbox is also gonna launch Xbox Series X at the same timeline this year which will compete with its rival PS5 on the head to head.

Sony is now charging things up and so does revealed trump card by launching PlayStation Plus Collection for PlayStation 5. Additionally, you must know that PS5 will support 8K graphics, 4K graphics @ 120Hz refresh rate along with 3D audio. There is no doubt that everything is on point except one, how much FPS can PlayStation 4 provide? 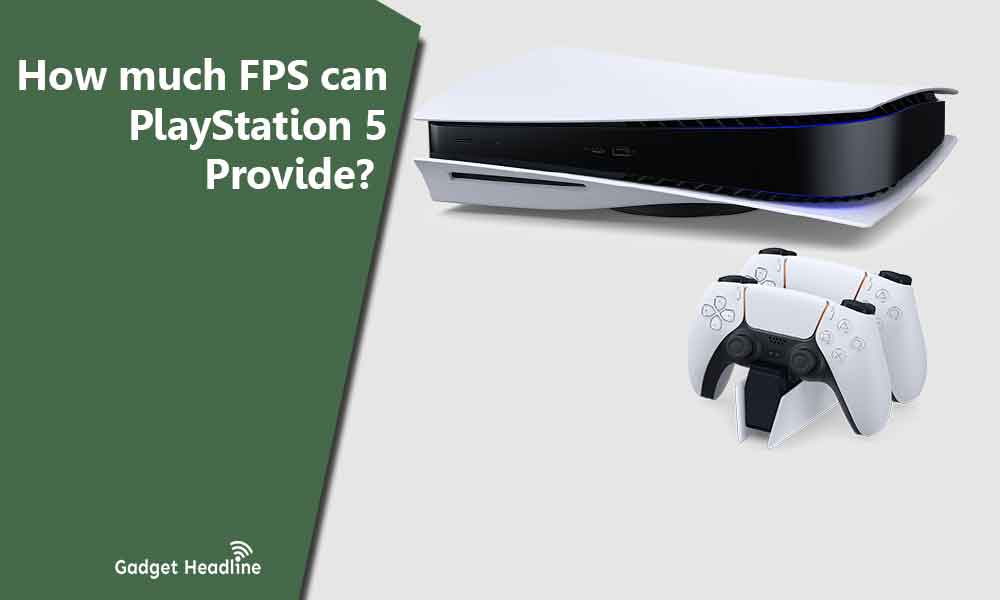 What is the FPS?

You will get an idea by looking at this video below from TechDamis:

How much FPS can PS5 provide?

Ignoring external factors like display and games, which are mostly incapable of running games on high FPS. PlayStation 5 is a beast machine game that’ll provide 8K resolution in 120 FPS. So, you can imagine how smooth it will play most of the AAA titles without breaking any sweat.

But there will be very few games as of now that will be capable to run in full 120 FPS on average on the PS5 console.

What if your TV or Monitor isn’t capable of 120 FPS?

If in case, your TV or Monitor is not capable of 120 FPS, then you’ll have to stick around 60 FPS on average. All you need to do is to set up the TV or Monitor according to the supported FPS limit.

However, the limited 60 FPS can ruin some of your gameplay experience even after purchasing a next-gen gaming console. So, if you’re a hardcore gamer or a streamer who doesn’t want to compromise then you can purchase higher display resolution and FPS supported TV/Monitor.

But this doesn’t mean that you can’t play your games on your existing TV/Monitor. Just set the FPS accordingly to the TV or Monitor, so that you can play games properly.

What will be the 120 FPS gaming experience?

Pro gamers who might experience a 120 FPS game must have known that it’s very smooth to play games like buttery smooth. You can practically concentrate on the gameplay rather than worrying about the FPS count or any distractions all the time. It’s quite amazing to feel who’ve usually played games on 60 – 100 FPS. That’s is a sweet point for all gamers to date.

You should also need to keep in mind that increasing FPS will decrease the time between frames technically delay in 30FPS or 6FPS. The more FPS count will there, the more visual details it will pick up on the screen. It clearly indicates that the upcoming gaming generation might be something advanced or more than that.

However, PlayStation 5 and Xbox Series X will definitely gonna fulfill your high-end gaming demands and expectations. So, it’s not wrong to say that we’ve already entered the era of the gaming evolution.

If you’ve any queries or thoughts, feel free to mention in the comment section below. Till then stay tuned for more info. You can also follow us on Google News or Telegram group below for real-time notifications whenever Gadget Headline publishes any post.