Google rolled out Chromecast in 2013 making any ordinary TV smart just by plugin into the HDMI port, latter on Chromecast Ultra and Chromecast third-generation were rolled out in 216 and 2018 respectively. Now, Google has taken the same feature to the next level by introducing Google TV Stick aka Chromecast with Google TV which changes the whole streaming game. Let’s discuss what Google TV Stick serves the table for you before actually buying it.

The Google TV Stick is a new device that comes under the Chromecast lineup which allows you to personalize the home screen by recommended content on the basis of your streaming subscription. Let’s explore its features, and the things that you might never knew about. Without further ado, let’s get started. 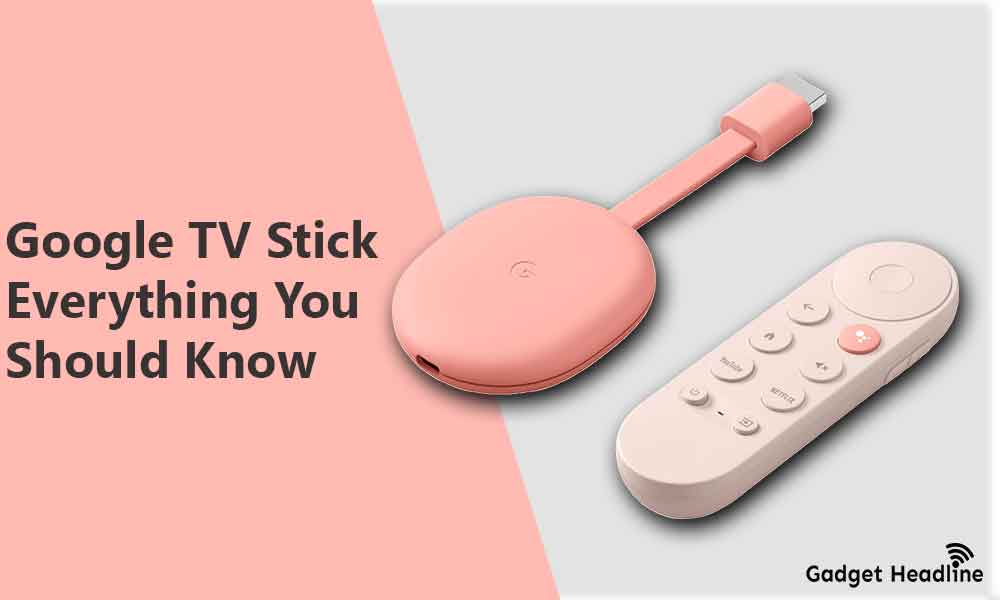 What is Google TV Stick?

Google TV Stick aka Chromecast with Google TV which falls under the Chromecast category. This will take you to the next level to allow you to explore the streaming world. You will be experiencing the best experience through the interaction of your television using an Android TV. It will support Netflix to YouTube, Amazon Prime Video to Hulu along with Disney Plus and Sling TV. You can even install the apps that you like just similar to an Android phone.

So it does comes with its own remote including the Google Assistance button to assist you as per your need at your fingertips. Availability of 4k HDR and Dolby Vision along with the smoothness of Dolby Atmos will fulfill your demand for a streaming experience.

Out of the box accessories

It looks quite chic and easy to use, it comes with a small flat pebble along with the remote control to access. You will get the following accessories when you will unbox them.

Google TV looks like a small flat stone with a rubber finish that supports a USB Type-C port for power and a dangling cable for HDMI output purposes. Looks a little bit similar to the Chromecast of the previous design. The front plain is initialized with the letter “G” as the branding of Google on the back of the device has required labels, a light indicator, and a button used for reset.

It also comes with an addition of Voice Remote including directional navigation pad, back button, Assistant button to summon Google Assistance, mute button, app buttons to use YouTube, Netflix, a TV power button, button to change TV inputs, a small microphone, LED to indicate if the device is activated to not, and volume control buttons.

Yes, the device comes with some limitations, here are the things that Google TV Stick lacks.

Should you buy it?

The only downfall of this TV Stick has the absence of a local library which misses few region specifics services, also there should be little work must be done on Google TV UI. But looking at the price range of the device, it’s worth buying.