Cyberpunk 2077 by the developer’s CD Projekt Red is an amazing night city open-world game. The game is beyond amazing when it comes to the graphics when you will play on 4K resolution. The game is encountering many bugs and errors lately, hopefully, this error is recognized by the developers and announced the Cyberpunk 2077 1.04 update along with their patch notes. Here in this guide, we’ll be sharing with you steps on How to Fix ‘Saved data is damaged and cannot be loaded’ issue.

Players are encountering a brand new annoying in Cyberpunk 2077, the saved files or progress that you’ve made is damaged/corrupted and can’t be loaded. That’s strange and scary at the same time, not letting you continue the game from where you’ve left. In this article, we’ll be discussing how to fix ‘Saved data is damaged and cannot be loaded’ along with useful details. So read the article till the end, without further ado, let’s get started. 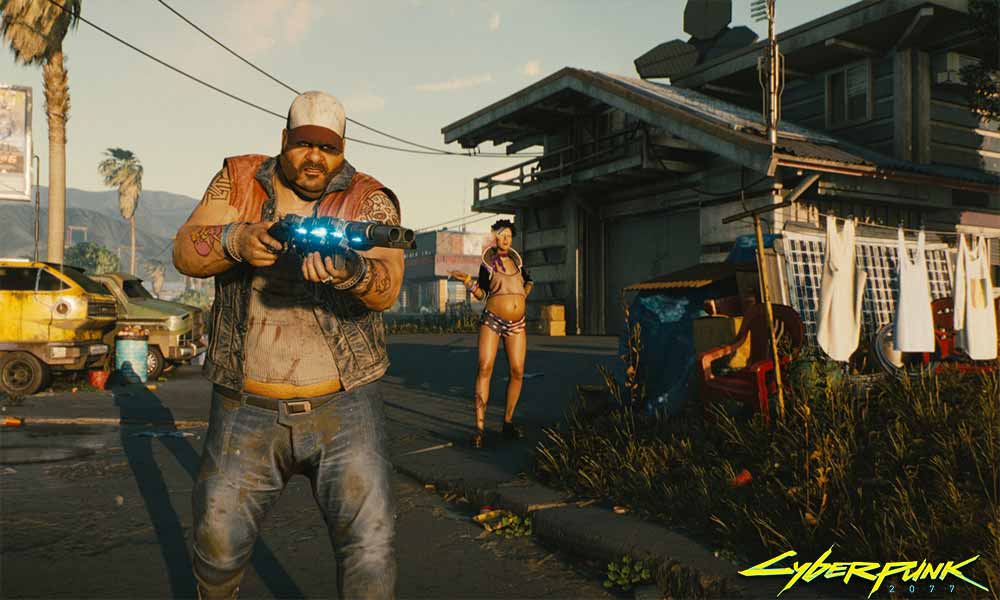 When you see the above message, that is enough to give you a mini heart attack. Also the developer, CD Projekt Red is informing in a mild way that this is the fault of the player’s corrupted or damaged file. A moderator on the gaming forums has represented his opinion on the same topic:

“BUT — considering that CP2077 probably works similarly to TW3, Bethesda games, Bioware titles, etc. — this also happens to your inventory whenever you save –> reload a game. First, the game reads your save file. It loads an “active” version of your inventory into RAM and assigns new ItemIDs to every single piece of your inventory from top to bottom. It re-saves those larger numbers for every new save/quicksave, and they become the new default. This is how a program can correctly load older savegames. It compares the newer numbers with the older ones and chooses the older, smaller number instead. (Computers can’t “think”, and items in your inventory are not “guns” and “medkits” to the computer. They’re collections of data that it needs to be able to tell apart from one another using a numerical expression.)

The workaround for now?

Don’t do it. Play the game until the end, then start a new game. Don’t continue saving and reloading the same character for too long. Don’t craft thousands of items at once.

Is that ideal? No. And hopefully, it can be worked out in the future. Although…maybe not. No game that CDPR has ever created has ever been designed for ongoing, unlimited play. (NG+ was added into TW3 after its release; it was never intended. It was extremely difficult to get working without major issues, is capped at level 100, still gets wildly weird at higher levels, and there is no NG++. It can only be done once per playthrough.) CDPR designs their games with a finite structure: with a beginning, a middle, and an end. They are not meant to be played on and on like Dark Souls, GTA, or an MMO. They’re meant to be restarted from the beginning with a new character and played differently. Love it or loathe it, that’s the design.

So, for right now, the best step is not to put the game in this sort of situation. It’s the nature of the machine.”

Now, let’s go through the official workaround the developers has provided:

“Unfortunately the save is damaged and can’t be recovered.

Please use an older save file to continue playing and try to keep a lower amount of items and crafting materials.

If you have used the item duplication glitch, please load a save file not affected by it.

The save file size limit might be increased in one of the future patches, but the corrupted files will remain that way.”

The only thing that is indicating so far is that we can only start the game from scratch if we don’t have any old save data is loaded. This is a huge problem for people like me that we have a habit to save the data on the same file.  Unfortunately, there’s no satisfying fix or workaround is arrived yet. If you know something about the issue that will help to get the damaged saved file data, you’re welcome to comment down below.