Cyberpunk 2077 really won the hearts of many gamers, now people started making a comparison video on YouTube as Cyberpunk 2077 vs GTA: V. But we can enjoy the hard work made by the game developers CD Projekt Red, who thought that Cyberpunk 2077 will become one of the most sensational game in 2020. The developers also managed to provide the game update on the console (excluding Xbox) and PC, but unfortunately, there’s no news arrived yet that the game will make its entry on Nintendo Switch.

In an open-world game like Cyberpunk 2077, no one holds back when it came to looting the building and stealing cars, why? Because it’s one of the most satisfying actions. Even you’ve completed the game, there’s always be places and loots that will remain hidden unknowingly. If you’re unable to pick up loots in Cyberpunk 2077, you’re on the right post. Here’s how you can fix that, just follow the explanatory guide that will help you to fix the can’t pick up loot issue on Cyberpunk 2077. Without further ado, let’s get started. 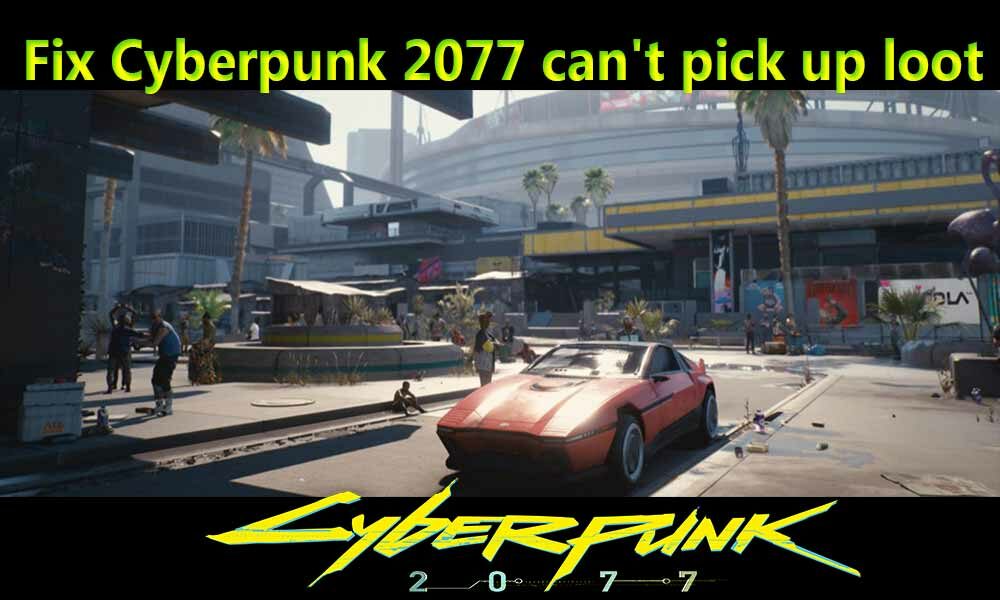 Here are two of the major reasons that were conflicting with you to pick up loot in Cyberpunk 2077.

The error with the visual can be easily fixed, you have already picked up the item, right? Just save the game and load the game, now you want to notice a single thing like a visual error in Cyberpunk 2077. You can pick up the loots now. The good thing is that the developers are still working to fix the game and errors, so we’ve to wait a little longer to settle the game once for all.