Call of Duty: Modern Warfare still standing strongly even bugging with new errors. Players are used to the errors now, and it’s quite common to have them. Call of Duty is not just a game, it’s an emotion for action gamers though. And it doesn’t look good to have errors that can ruin the gameplay experience easily. Unfortunately, the Call of Duty Modern Warfare and Warzone Dev Error 6070 is currently ruining the gameplay experience to the players for some unknown reasons.

Multiple Pro players have started reporting that they have been encountering with the moving or leaning error. The Dev error 6070 is considered to be one of the oldest dev errors in the COD Modern Warfare and Warzone game. If you’re also affected by COD deviation error, then you’re on the right post.

We’ve successfully managed to provide you some of the solutions below that will help you out of this Dev Error 6070. So, without further ado, let’s get started.

According to multiple players, they’re receiving the error message that says “DirectX Encountered An Unrecoverable Error”. Unfortunately, there is no proper solution provided by Activision officially. However, you can try some of the possible workarounds given below: 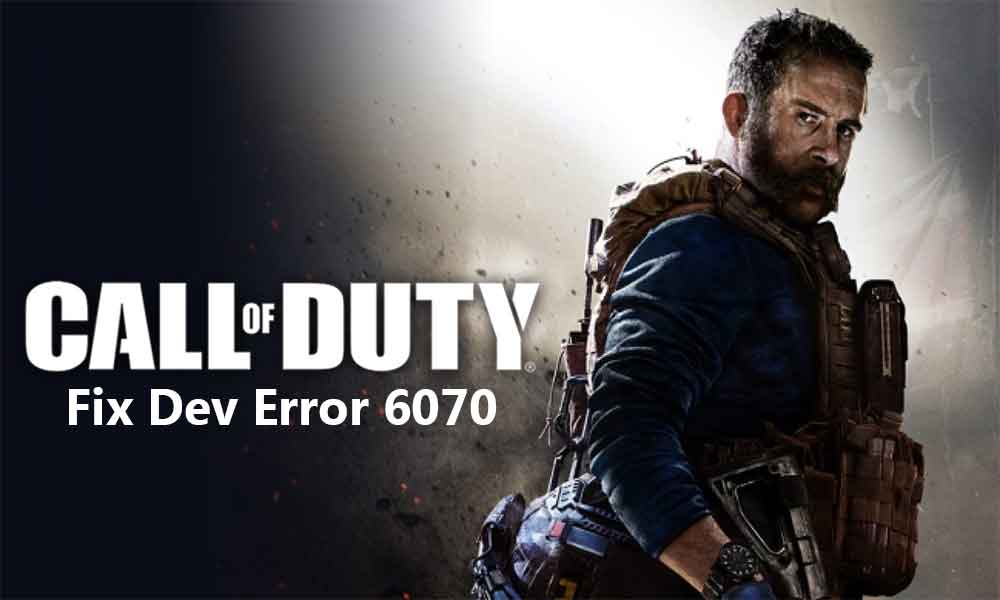 The major problem might cause because you’ve overclocked the GPU. Many players reported that this usually works when they revert the revert overclock to the GPU. So, make sure to download the MSI Afterburner tool or any other overclocking software on your PC and try restoring it to defaults.

Sometimes happens that when you already installed the game and if it still does not work then you can try to play the game again by disabling Nvidia Highlights.

The second screen might cause a problem. Remove the secondary monitor if you’ve connected with your PC. Sometimes this method can also resolve the dev error issue.

According to some of the few Reddit community and other available platforms. Players reported that the dev error resolved by rejecting the parameters. You can also keep up to 60fps and this will fix the error instead of keeping it to 70-80fps.

This is not the first time that reinstalling the Nvidia driver resolved the issue. Just uninstall the Nvidia GeForce graphics driver completely from the system and restart your computer. Next, head over to the Nvidia Graphics Download page and get the latest driver for your GPU model.

According to the plenty of reports, some of the affected Modern Warfare or Warzone players have already fixed the dev error 6070 by downgrading the DirectX 12 to DirectX 11. As the DirectX 12 comes with the Windows OS update (cumulative update), you can’t fully remove it manually. And it will also harm your system to run multiple programs.

Therefore, all you can do is to simply force the game launcher to start the game with DirectX 11 by giving an input to the additional command-line argument.

Note – This method only works in a multiplayer lobby.

That’s it, for now. We assume that this guide will be very helpful. If you’ve any queries or thoughts, feel free to mention in the comment section below. Till then stay tuned for more info.