In this article, we’ll be discussing Cyberpunk 2077 mobile how to play on the smartphone, tablet, and TV. Cyberpunk 2077 is open-world packed with action plus adventure, a night city game by CD Projekt Red, known for its Witcher 3. It’s nothing wrong to say that Cyberpunk 2077 is one of the most sensational games and trends in the gaming community and forums.

CD Projekt Red showed that professional developers can come from anywhere across the world. You can have this game on the gaming platforms like PlayStation 4/5, Xbox One/Series X|S, and PC. We’ve managed to provide you an explanatory guide that includes everything you should know with some useful details. Without further ado, let’s get started. 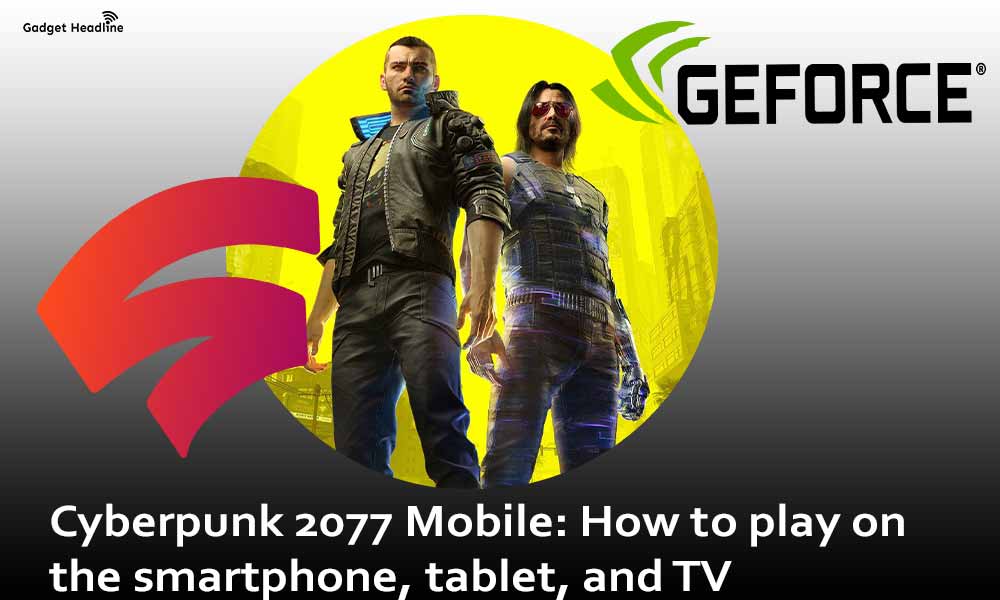 Cyberpunk 2077 Mobile: How to play on the smartphone, tablet, and TV

You can play Cyberpunk 2077 on devices like smartphones, tablets, and TV using cloud gaming. Cloud gaming technology has made the life of gamers easy. Google Stadia and Nvidia Geforce are the platforms that can let you do cloud gaming on your devices.

Still, have trouble understanding what cloud gaming is? Let’s keep it short and simple so that you can grasp it easily and simply. Cloud gaming services have remote servers, for example, Google Stadia and Nvidia Geforce which are directly connected to the server. So this way it is possible to play games on smartphones, tablets, and on your TV by connecting a keyboard mouse or it could be the controller. But these services come with a subscription-based service in order to play games through cloud gaming.

Google is a well-known company, but Stadia is still new in the gaming community. Google has put their hands on the cloud gaming services despite having their own gaming console, click on this link that will keep you update about the game news, paid subscriptions, and more on daily basis. Google Stadia services are accessible in limited areas, this is why the amount of people who knows about the service is limited.

Nvidia is a well-known title in the gaming market, even gamers prefer to have graphics cards to play games of Nvidia components. Nvidia Geforce still holds some exclusive titles that are not even arrived on Stadia. You can access third-party stores for example GOG.com, Steam, and Epic Games Store. The only drawback that falls under Nvidia Geforce is that its cloud gaming services are not available on Apple’s App Store, this alternately means that you can’t access the service in Nvidia Geforce.

Click on this link that will keep you update about its cloud gaming service.