Animated shows are always entertaining even for adults, and Animated movies are no exception. Nowadays, animation graphics can represent emotion even more than cinematic movies. There are a lot of animated movies like Science fiction, adventures, fantasy world, action, comedy, horror, and even a mixture of all categories. Also, animated movies can make you watch from a kid’s point of view. So, there is no better place than Netflix to get most of the movies under your fingertips. In this article, we’ve managed to provide you a list of the Best Animated Movies on Netflix in 2020.

2D classic cel animation and the latest 3D CGI animation can impress you by the high graphical animation. You can watch these movies with your friends and family, so get your popcorn ready. Without further ado, let’s get started.

Best Animated Movies on Netflix in 2020

All the movies are available on Netflix, stick to the post till the end to add the animated movies into your favorite animated watch list.

Spirited Away is an amazing animated movie created by Japanese director Hayao Miyazaki. Tale of the fanciful adventures of a ten-year-old girl named Chihiro, who discovers a secret world when she and her family get lost and venture through a hillside tunnel. 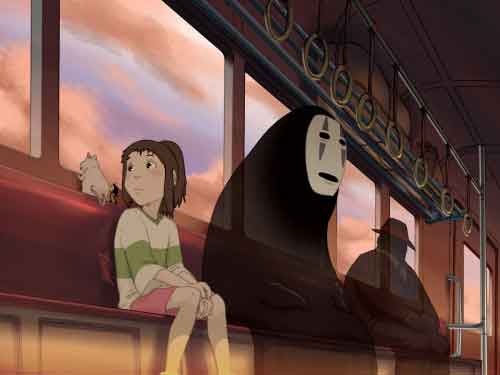 When her parents undergo a mysterious transformation, Chihiro must fend for herself as she encounters strange spirits, assorted creatures, and a grumpy sorceress who seeks to prevent her from returning to the human world.

2. Cloudy with a Chance of Meatballs

Directed by Chris Miller and Phill Lord, Cloudy with a Chance of Meatball is an underrated movie with a great storyline. An inventor named Flint Lockwood, who is often regarded as a failure, suddenly invents a machine that can turn water into food.

When he accidentally shoots it into the sky, it rains food everywhere in Swallow Falls. But when the machine has a mind of its own and creates a food hurricane, Flint finds he may have bitten off more than he can chew.

Monster House is a thriller horror movie directed by gill Kenan. Three kids, DJ, Chowder, and Jenny discover that the house across the street from DJ’s is alive. It eats anything that goes on its property. 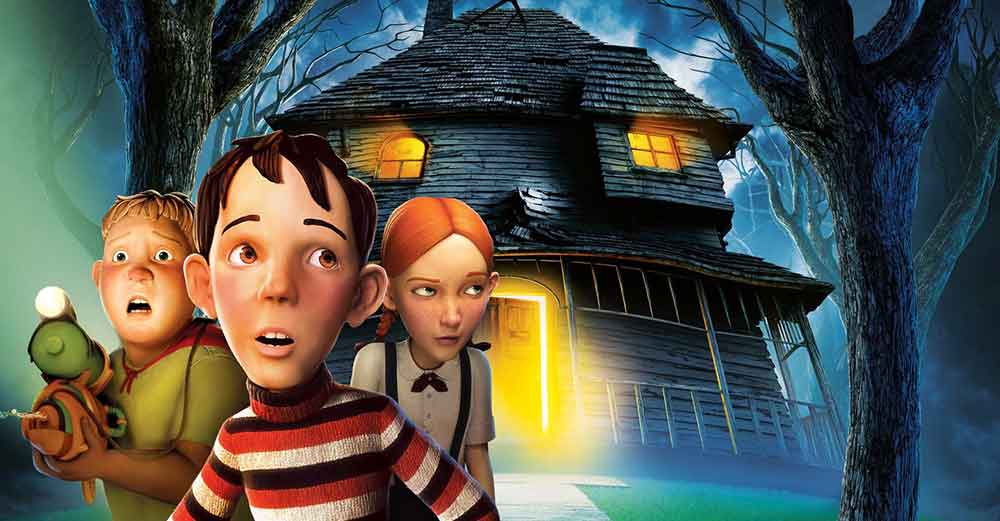 They try to convince the babysitter, the police, and some weirdo named Skull. They try to unravel the mystery of the house and they have to go inside. So, it may be one of the Best Animated Movies on Netflix in 2020. 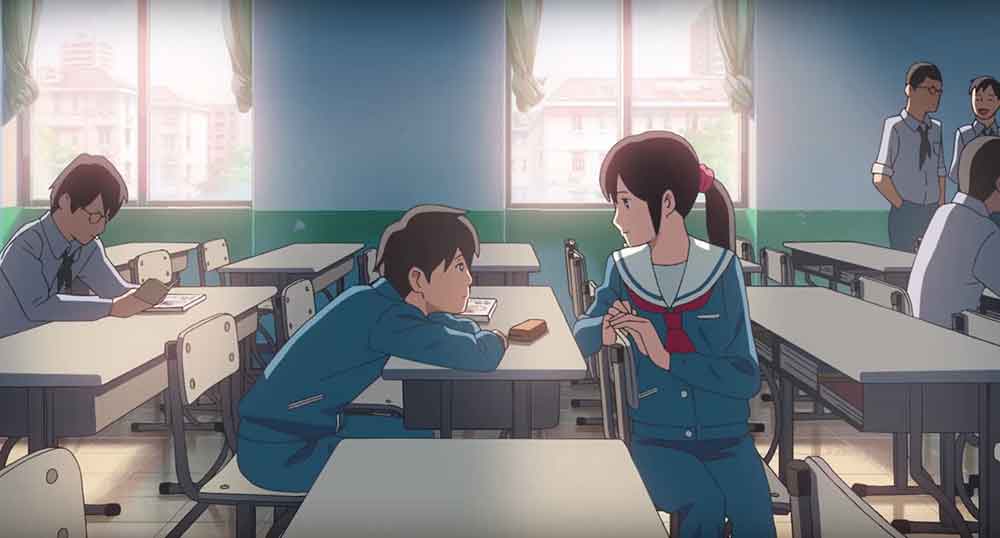 Flavors of youth is a fantasy movie directed by Yoshitaka Takeuchi, Haoling Li, and Jiaoshou. The storyline is based on the three stories of youth from different places or cities in China: memories locked in a bowl of steaming noodles and fading beauty discovering her way, and bittersweet first love. It’s a great movie on escaping from fantasy and magic. 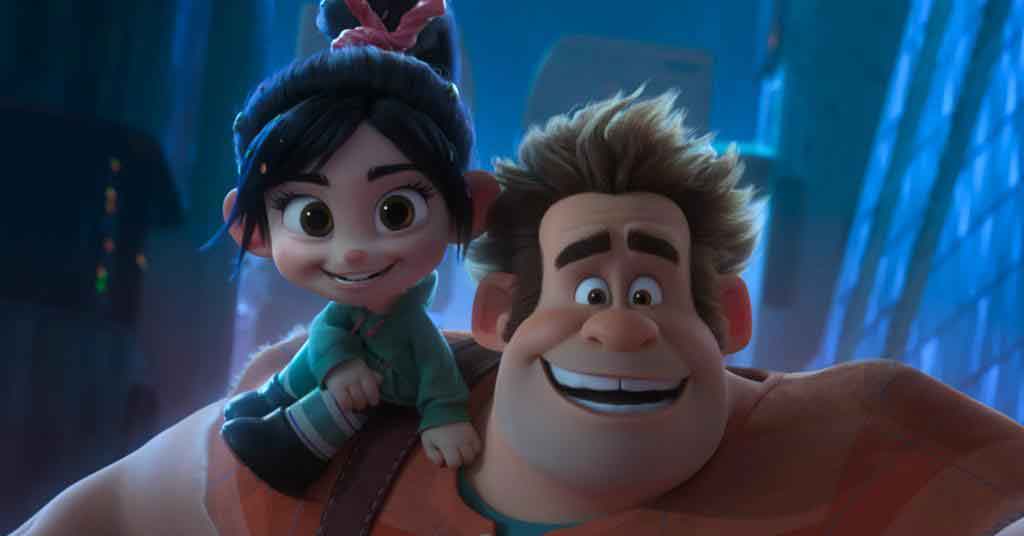 Ralph Breaks the Internet is a combination of Sci-fi and emotional movies directed by Phil Johnston and Rich Moore. The story revolves around taking place six years after saving the arcade from Turbo’s vengeance, the Sugar Rush arcade cabinet has broken, forcing Ralph and Vanellope to travel to the Internet via the newly-installed Wi-Fi router in Litwak’s Arcade to retrieve the piece capable of saving the game.

A Silent Voice is a really fascinating movie directed by Naoka Yoshida, the representation of the movie is so well that will amaze you. The story revolves around Shôko Nishimiya, a grade school student who has impaired hearing.

She transfers into a new school, where she is bullied by her classmates, especially Shôya Ishida. It gets to the point where she transfers to another school and as a result, Shôya is ostracized and bullied himself, with no friends to speak to and no plans for the future. Years later, he sets himself on a path to redemption epically.

This movie will inspire you and tell you the importance of being yourself directed by a created by Mark Osborne. A little girl lives in a very grown-up world with her mother, who tries to prepare her to face the world to live in society. 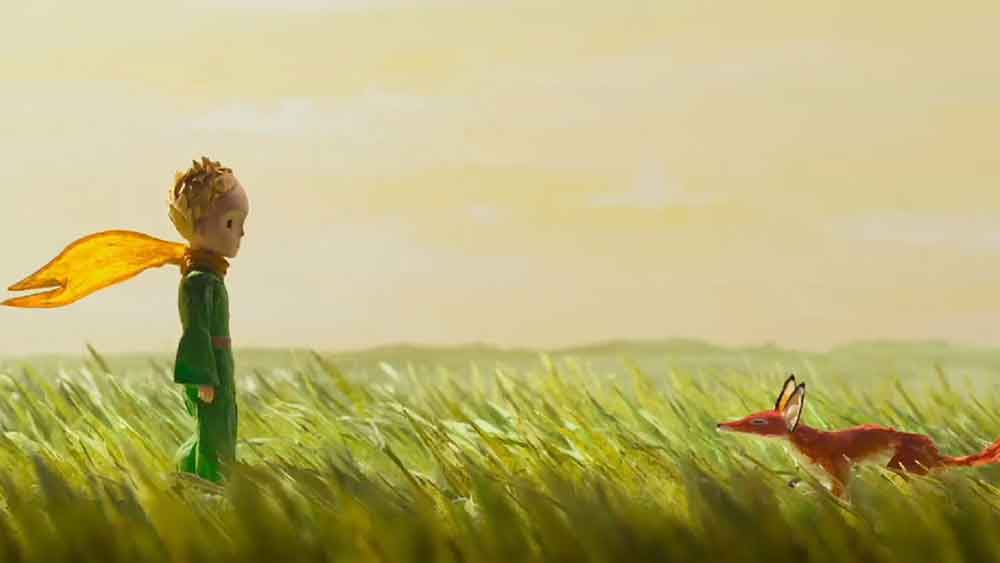 Her neighbor, the Aviator, introduces the girl to an extraordinary world where anything is possible, the world of the Little Prince. You can also consider this as your Best Animated Movies on Netflix in 2020.

Read Also: Top Inspirational Anime You Must Watch Before You Die

8. Spider-Man: Into The Spider-Verse

This is an Oscar-winning animated movie that is available on Netflix, The IMDb rating is 8.4/10. The story revolves around a boy named Miles Morales who has just started at a new school and is struggling to fit in. 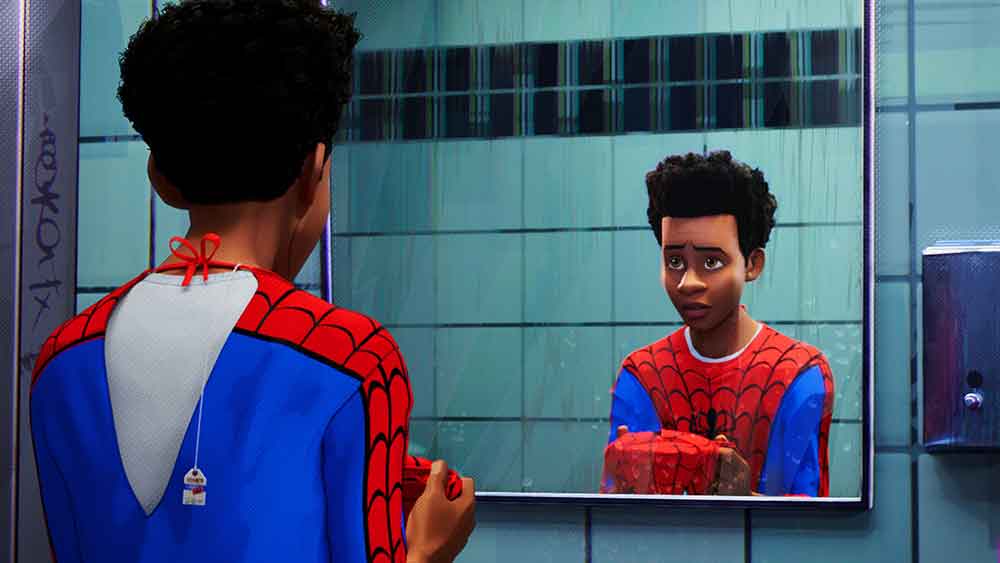 Then he is bitten by a radioactive spider and he obtains certain powers, similar to those of Spiderman. He doesn’t know what to do with the powers, or how to control them, so naturally, he turns to Spider-Man for advice.

The Croods is a fabulous movie directed by Chris Sanders and Kirk DeMicco which has done a good number at the box office. Follows a semi-dysfunctional family living in the stone-age. 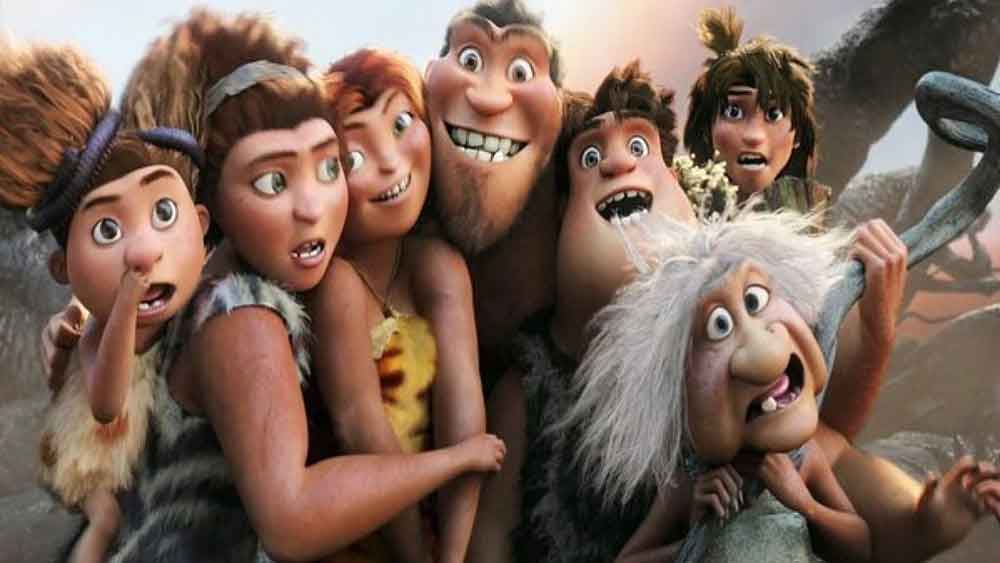 But with the end of the world right behind the corner, the rules that used to keep them alive can’t apply, and the Croods must use inventions and outside-the-box thinking to survive in this new world.

Your name is a beautiful movie that will really give you goosebumps directed by Makoto Shinkai. Unfortunately, the movie is not available on Netflix in the Indian region, but there are a couple of steps available on google that will help you to watch the movie on Netflix. 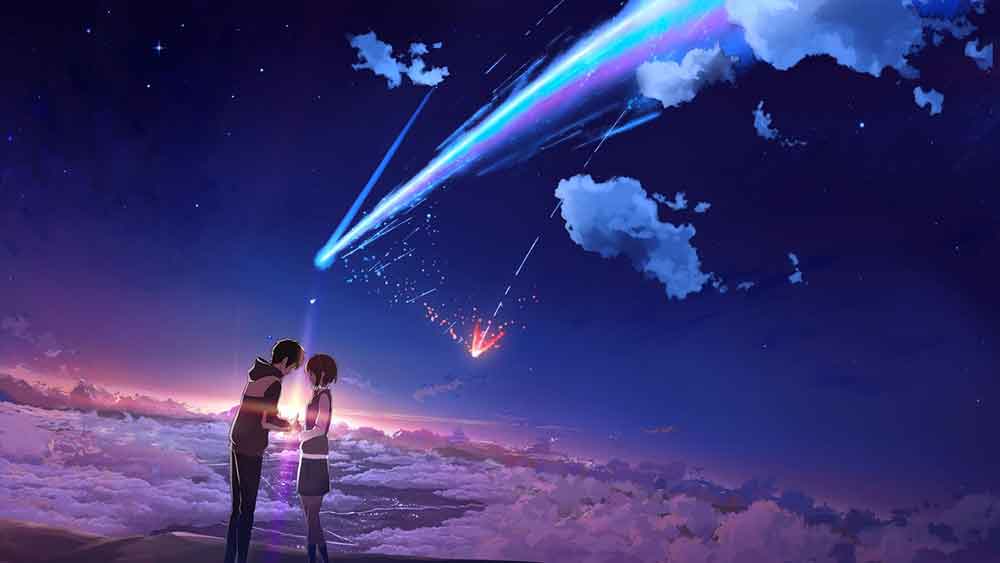 The story revolves around a teenage boy living in Tokyo and a teenage girl living in the country experience a strange, random phenomenon. They occasionally switch bodies for a day at a time, and then can’t remember what happened while they were switched. The boy eventually sets out to find the girl, but the situation may be even more peculiar than he imagined.

Song of the Sea is one of the most powerful, uplifting movies that are available on Netflix directed by Tomm Moore. The story of the movie revolves around a boy named Ben and his younger sister Saoirse live with their father Conor in an isolated lighthouse. 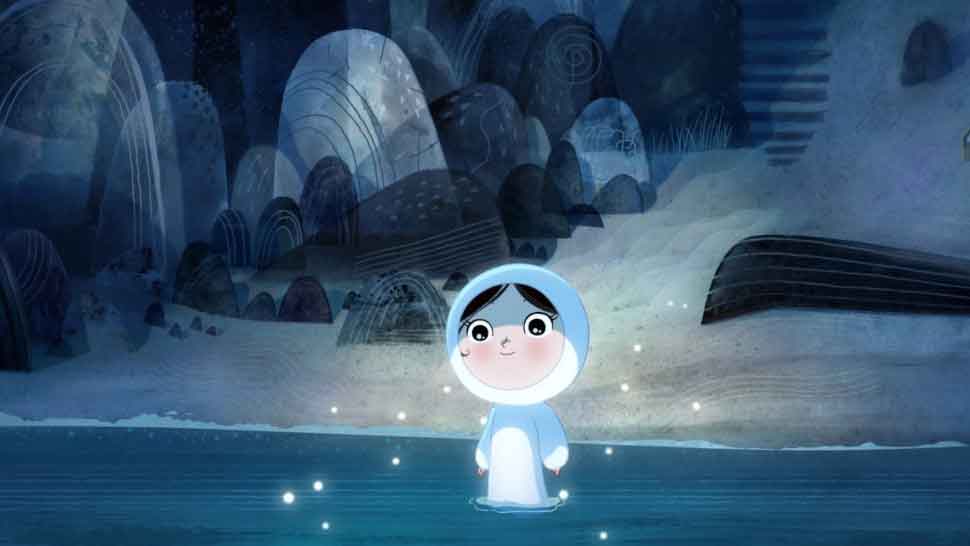 Their mother died six years ago while giving birth to Saoirse. Unable to talk, Saoirse is starting to show special powers and sea creatures seem to respect her, indicating that she is no normal little girl.

Klaus is a magnificent movie and way beyond your expectations, directed by Sergio Pablos and available in every region on Netflix. A simple act of kindness always sparks another, even in a frozen, faraway place. 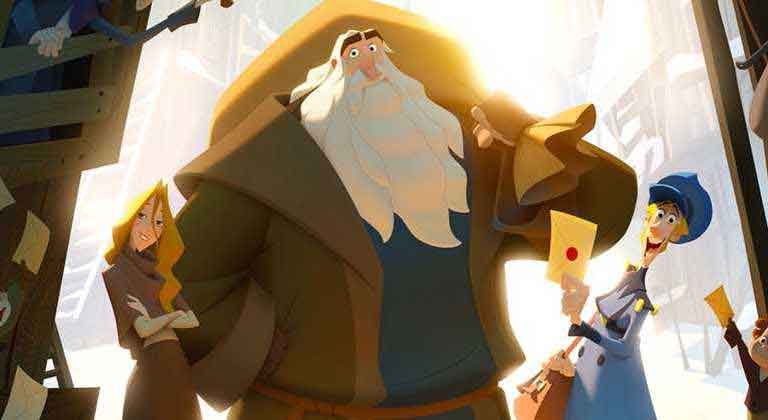 Mirai is available on Netflix, which was nominated for Oscar recently, directed by Mamoru Hosoda will fascinate you in every scene. The storyline revolves around a four-year-old Kun is disappointed when the new baby in his family promptly replaces him as the center of attention; he refuses to accept his little sister, Mirai. 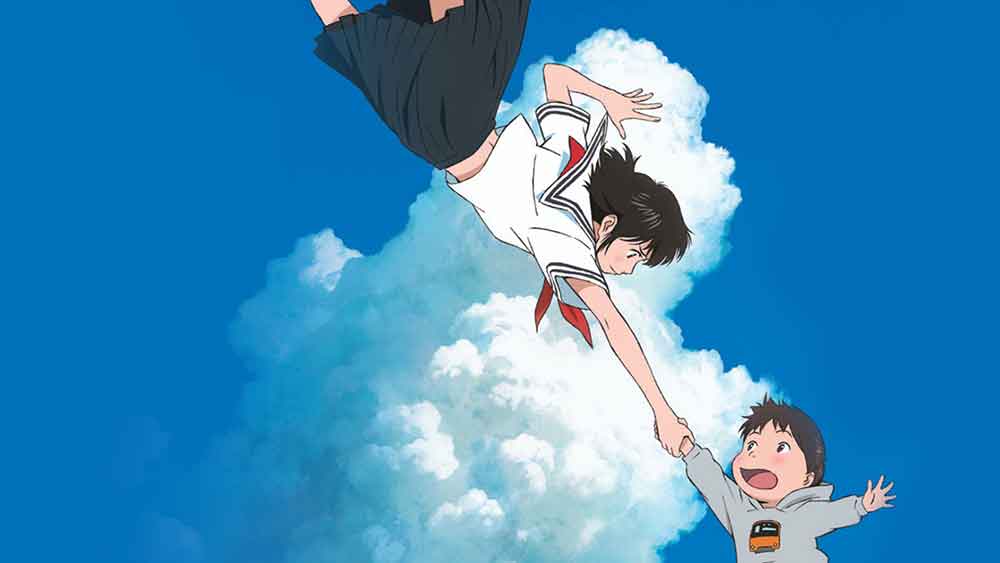 When a magical and mysterious gateway opens in the garden, Kun has the chance to encounter his family members when they were young themselves. He is also visited by an older girl with the same name as his sister, leading to a series of surprising adventures, which change how he sees the world.

Coco is a wonderful movie directed by Adrian Molina and Lee Unkrich has really represented the movie in detail. The story revolves around an aspiring young guitar player, whose family has classic hate for music, tries to find answers of his great Grandfather, which leads his search to his entrance to Tierra De Muertos, where all dead people get to live if they are remembered well.

In there, the boy will not only discover his family’s legacy, but his search will lead him to an unexpected truth in this Disney tale about love, hate, death, music, betrayal — and most of all: Family.

The Breadwinner is a beautiful heart touching movie based on the struggling people affected by war, directed by Nora Twomey. Under the Taliban’s strict rule, somewhere in the dusty and bustling town of Kabul in Afghanistan, the 11-year-old girl, Parvana, helps her father sell the family’s goods in the market, amidst potential customers and gun-toting fundamentalists.

But when her dad is incarcerated on a convenient and unjust pretext, it’s up to the spirited Parvana’s resourcefulness to feed and care for the rest of her family with the use of a desperate and daring plan. Eventually, as Parvana, the youthful storyteller, takes matters into her own hands wandering all alone on the perilous streets, an unexpected friend will provide hope and a sense of freedom.