According to EA, the Battlefield Mobile Beta is going to arrive this fall for Android devices. It will be a standalone game and free-to-play (in-app purchases) for Android then it’s expected to arrive for the iOS platform too but in 2022 most probably. Currently, the game has been listed on the Play Store for the pre-registration process for the beta phase and nothing else.

EA has mentioned that the registration will start soon in the upcoming days or so. Keep in mind that the beta build and the registration process will be limited to the users so not everyone may gonna be able to get into the Battlefield Mobile Beta for Android as of now.

Well, EA has already made an announcement on its FAQ page for the arrival of the much-awaited mobile version game for Android that will be available on the Google Play Store. The reports are also coming out that the beta testing has already begun recently with a limited number of beta testers/players in the Indonesia and Philippines region. 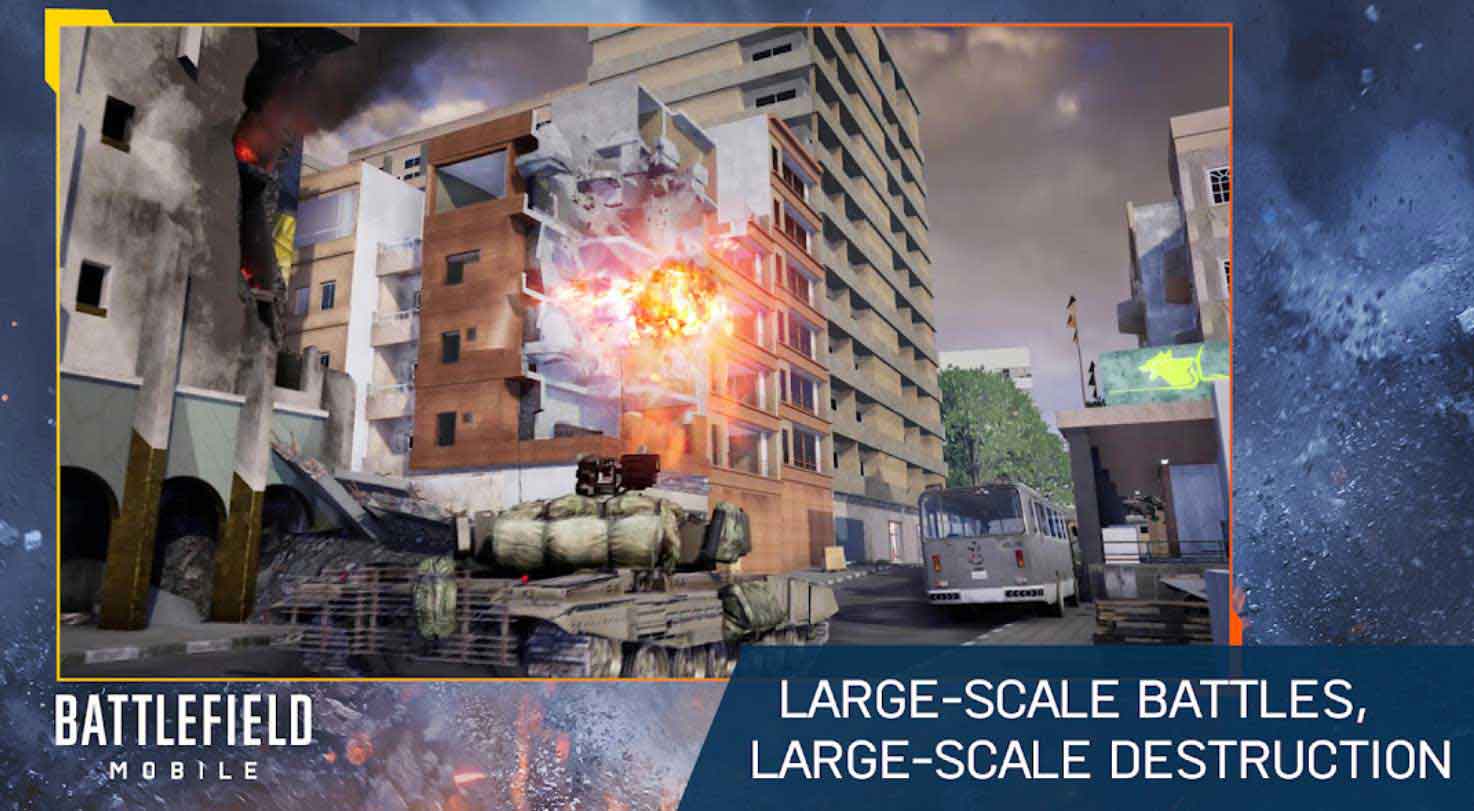 EA has also mentioned that they’ll soon release the beta testing program for Android in some other regions too. Therefore, the ‘Early Access’ tag will be available on the Google Play Store once EA releases the beta program in some of the specific countries.

“As we continue with testing, we’ll expand the size of these tests, add new regions. When we’re ready to go broader, we’ll launch a page that allows you to pre-register for the game and sign up for news about future play tests.”

EA mentioned in the FAQ page

It will have its own battle passes, weapons, characters, collectible cosmetics, unlockable items, loots, crates, etc. EA has also quoted on the Early Play Test FAQ that Battlefield Mobile is still in the development phase and is optimized to run on a variety of devices whatsoever. This playtest is specifically available for phones that are running on Android 7.0 or above.

Whereas the mobile devices supported by this playtest do not represent the final version for the public launch and obviously, it’ll gonna support a wide range of device models in the near future. As of now, developers have just added the Grand Bazaar map and the classic Battlefield game mode ‘Conquest’ during the beta testing.

Whereas more additional content will be made available once the game development and beta testing phase come closer to the end prior to the final release as a stable one. Some reports are assuming that the upcoming EA mobile game will bring a standard Battlefield gaming experience like custom loadouts, customizable characters, customizable outfits, improved weapons, multiple game modes, war tanks, etc. But we’ll have to wait for the official release next year. If we take a quick look at the Battlefield Mobile page on the Google Play Store, it has mentioned a couple of features and an overview of the game. EA mentioned;

Rally your squad and lead the charge! The Battlefield franchise has arrived on mobile with all your favorite FPS combat, superior teamplay, and genre-defining destruction – now more thrilling than ever.

Squad up in Battlefield Mobile. You and your crew will press the assault on maps and modes both new and familiar. Build a loadout of authentic weapons and gadgets. Fight for control of powerful vehicles like tanks and ATVs. Destroy the field of battle with large-scale environmental destruction. Combat abilities are always growing granting you the capacity for mass warfare.

Experience the same wild situations and explosive spectacles Battlefield is famous for. Outrun a collapsing tower on your ATV, parachute off a building while firing a rocket launcher, or bury your enemies under the rubble of a building you destroyed with your tank. Every match is unforgettable.

TURN THE TIDE OF WAR

Experience strategic play unparalleled in other first person shooter games through each map and mode. Assault, Support, Medic, or Recon – you choose your class. Build your custom loadout from a vast collection: Weapons, class-specific gadgets, and more. Your most powerful weapon is the class and loadout that suits your personal play style.

Battle alongside your squad of war heroes and take control. Join a battalion or build a squad to engage in large-scale territory conflicts and earn rewards. Tilt the match in your favor as you make strategic, team decisions and level up your battalion of soldiers. Defend, destroy and fight for survival with superior teamplay and a range of game modes: multiplayer, objective and more.

Customize your soldier to maximize their capabilities. Weapons, gadgets, skins and more can be personalized and upgraded to match your class and progress. War heroes with unique narratives and assignments prepare for battle. Learn their stories, immerse yourself in the war and stand out on the battlefield with the best customization to date.

No matter how you wage war, superior personal skill and practiced group tactics will carry your side to victory.

Battlefield Mobile for Android will be launched officially for the public later this year. The registration process will begin anytime soon on the Play Store. Once the beta testing and development phase comes close to an end, the game will be available for everyone on the Google Play Store.

You can check this Telegram link for the APK + OBB First Alpha Test file.

We’ll keep updating this article and download links whenever the Battlefield Mobile Beta APK and OBB files will be available for Android. Meanwhile, you can check out the Google Play Store listing and keep an eye on the pre-registration news.

For more news updates and guides, follow this page. If you have any queries just mention in the comment section below, till then stay tuned. You can also follow us on Google News or Telegram group for real-time notifications whenever Gadget Headline publishes any post.