Apple is preparing or you can say planning to introduce three new iPhone 2018 models this year. The iPhone X model is one of the most popular and successful handsets still now by Apple. The notch display, full-screen swipe gesture, navigation controls, recent tab UI, 3D Facial Recognition Unlock with Infrared Light sensor, Animoji and more bring this device more interesting. The notch display, 3D Emoji, swipe gesture navigation, 3D Face Unlock feature etc. followed by most of the smartphone companies currently. The leaked images showing that the new three iPhone models will look similar to the iPhone X and one of the devices will be named as iPhone 9.

However, the model names and leaked images aren’t official yet. But according to the new report, the three devices will be called iPhone 9, iPhone XS Plus, and an iPhone 6.1 or iPhone XS. Meanwhile, the leaked reports also say that Apple is expected to launch the new iPhones on September 12 this year. While two of the three iPhone models will be the same as the iPhone X model but the one device will be made as a budget device. That budget device will be sold especially in India at an affordable price tag with mid-range specifications and an LCD panel. 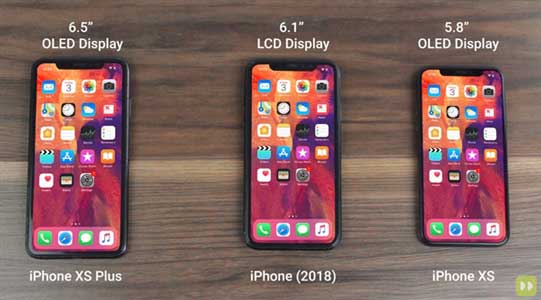 Currently, Apple is going down in the Indian market for the iPhone 8 and iPhone X higher prices. So, Apple has already been taken some initiative and projects for “Make in India” tagline. Apple is serious about the Indian market and wants to provide a better specification device at a decent price. We already heard some of the leaks that the Indian variant will support the dual-SIM, bigger battery, front fingerprint scanner, single rear and front camera etc. However, all of these details aren’t confirmed yet.

LG supplied over 2 Million LCD display panels to Apple at a competitive price than the Samsung. Samsung is the sole provider of OLED screens to Apple but due to the cost-cutting issue Apple uses LCD screens for 6.1-inch iPhone handsets and OLED displays for 6.5-inch and rumored 5.8-inch devices. That means this year Apple will definitely come with a very genuine price tag.

The low budget iPhone will be made out of glass and aluminum frame for a better look with so many attractive colors and could be codenamed as N84 reportedly. As per the India Today report, rest of the two devices including iPhone 9 will come with a stainless steel frame just like the iPhone X and the device code name could be D33 and the D32. The two higher models will be powered by the most powerful Apple A12 chip with Artificial Intelligence (AI) support. Whereas, the entry-level iPhone could be powered by A10 chip approximately. Recently, a report comes out that Apple will provide iCloud free 200GB storage to new 2018 iPhone users by AT&T, T-Mobile, Sprint, and Verizon users in the US for 2 months. 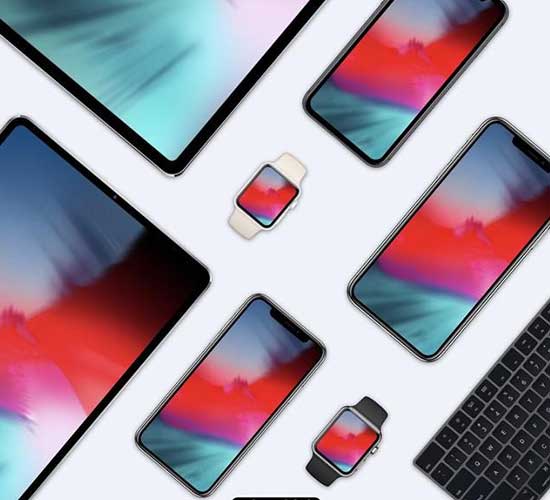 LG will supply over 2 million OLED screens to Apple this year for rumored 6.5-inch iPhone

Meanwhile, all of these three iPhone models are expected to launch in September this year and it will represent the “S” phase to the name of iPhone devices. Apple is also planning to launch new AirPods, iPad Pro tablet devices, and all new Apple Watch (Series 4) reportedly. The much-awaited iPhone 9 and iPhone XS Plus doesn’t come with fingerprint sensor due to some technical issue but that’s not final yet. We can expect an In-Display Fingerprint sensor or rear-mounted fingerprint sensor on two high-end models this time.

Till then we have to wait for more leaks and reports. Stay tuned more info.