Nintendo Switch is a unique piece of tech and stands out of the rest of the consoles. The Switch is one of the most successful and influential systems ever made. Nintendo Switch has already surpassed Super Nintendo with over 50 million units sold since 2017. There are many articles and reports about Nintendo Switch Pro rumors circulating over the internet since last year.

But looks like now, those rumors turned out to be true. Of course, Nintendo might not admit that there’s Switch Pro will make its entry soon. This new console is likely to be supported 4K graphics resolutions which are enough to make your jaw drop.

Nintendo Switch console that is available currently has 2 Joy-con controllers that are accessible with the console, but it can be used separately. A single controller is enough to control up to 8 players. A wireless controller that can connect through Bluetooth also likely to support the Pro console. 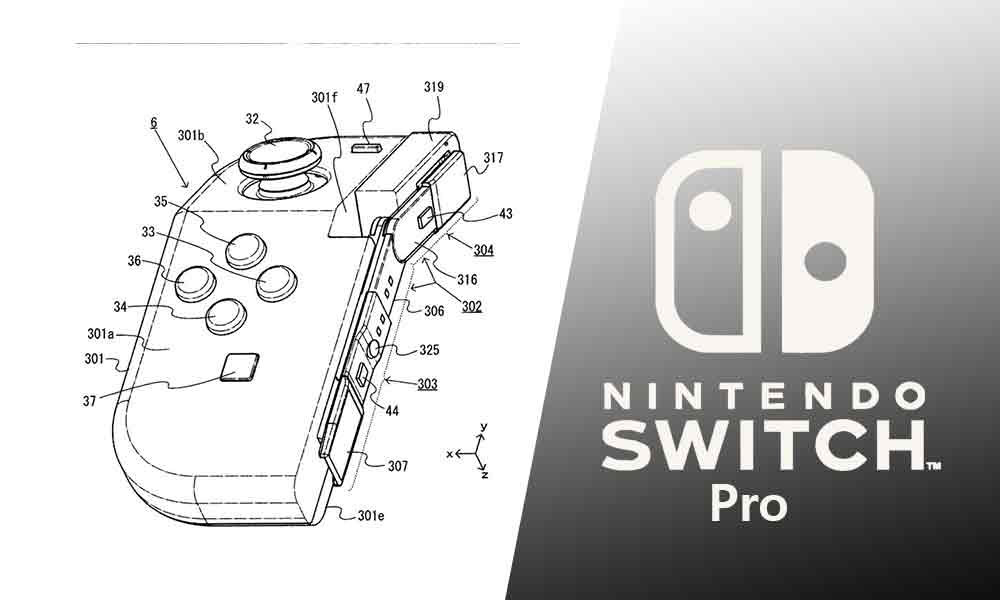 The rumor features about Switch Pro is as follow:

Rumors also circulated that the Nintendo Switch Pro might come with a new advance controller that will support to PC. Some forums likely have speculations that the controller might have a sort of interactivity feature with the amazing display quality. However, this makes a complete sense that the previous move or way available to unlock the frame rate in games. It might be helpful to boost the game’s performance.

There’s nothing any official specifications are arrived or announced yet. So, it’s actually meaningless to believe in rumors right now. But it should be the worth upgrade from every Nintendo Switch console whichever you’re using currently.

We will try to keep updating whenever new info or leaks will be available.

According to the rumors, the Switch Pro news was circulating since the beginning of the year 2019. So we expected that it will arrive this year, but due to pandemic, the idea is much likely to be conflicted.

Now, the rumors are indicating that Switch Pro might make its launch in the next year 2021. However, it makes sense because the next-generation console, PlayStation 5, and Xbox Series X will launch and ready to dominate the gaming world.

Also, the tweet of AestheticGamer aka Dusk Golem gives us hope about Nintendo Switch Pro.

I know the Switch "Pro" rumors are true, and the reason a lot of Switch games recently have been keeping their frame rate unlocked is to have an easy performance boost on it. https://t.co/GxODxxWOfB

If that’s the case, is to be expected that Nintendo must show a glace or news because people already can’t wait for fo the next-generation console.

Nintendo Switch costs up to $299 and Switch Lite is up to $199. It might possible that with 4K graphics resolution gaming and advanced upgrades can cost the Pro model for around $399. But again, we can’t just do a conjecture about pricing too early. It’s better to wait further for more leaks or reveals.

What About the Pre-Order of Switch Pro?

There’s no such official information announced yet. So, it’s quite likely to wait for the pre-order announcement.

According to VGC, Nintendo has stated that the game developers to make 4K graphics ready games for the upgraded Nintendo Switch mode. This gives expectations that a new console is coming due to the current games don’t support that resolution. So, rumors might be true about 4K graphics resolution.

Also, a tweet by third-party game developer FDG Entertainment introduced Monster Boy and the Cursed Kingdom for Nintendo Switch. The tweet confirmed that the game will be arriving on a next-generation console that will support 4k.120fps signal through HDMI 2.1.

There aren’t any backward compatibility game details revealed yet for the next-gen console.

Read Also: How to Fix Nintendo Switch isn’t Booting at all

Rumors have no breaks, the surprising rumor circulated over the internet that Nintendo Switch Pro is that it will have a completely advanced updated controller. Besides this, a Japanese patent for a foldable game controller filed in last year might confuse you and believe that the speculations are a slightly given hint about the new Nintendo Switch Pro controller.

However, the Japanese patent clearly focuses on modifying the physical shape of the controller. It would foldable whenever it supposed to be needed from the upper side of the controller. Though we can’t go into a final conclusion, it seems that it will be a standalone console which can be also able to play the Nintendo Switch games on PC using the Bluetooth connectivity.

Nintendo got another patent in April 2020 for a controller, especially for computers. Now, you will fall in doubt and slightly gives us a hint that its current Nintendo Switch controller with new improvements. But documentation justifies that the patent is clearly not a part of any Nintendo Switch Unit.

It is clear that rumors about Nintendo Switch Pro are driving us crazy. Also, there are not any signs or news announced by Nintendo Switch. But looking at the people who are almost confirmed about the Nintendo Switch Pro through multiple rumors meems to be a little overrated and mislead. Therefore, we’ve can do nothing but wait for Nintendo to announce the actual facts and truths.

Steps to Transfer Nintendo Switch Screenshots and Videos to a Smartphone