Every year Apple surprises us by bringing slew software updates and features for iPhone. This time its iOS 14, it was announced by Worldwide developer conference on June 22, 2020, currently in beta development. Officially it’s scheduled to be released in Q4 this year E.g September 2020. As the title suggests, we have given completely full exposure to revel 30 hidden features of iOS 14 that still iPhone users are still don’t know. If you wish to unravel them all, now is the right time to get started.

According to the news updates by Cupertino giant, the realized of the latest generation of iOS 14 Developer Beta and public beta a month ago.

However, the Beta build is running with loss of features, changes, and improvements. It’s the successor of the iOS 13 which was released last year in around September 2019.

Now, within a couple of months, it’s time for iOS 14. After a long, Apple has come with plenty of design and aesthetic changes that plenty of users were asking for. It looks like iOS 14 mainly focused on privacy and design with multiple accessibility features for smoother user experience in our daily life. 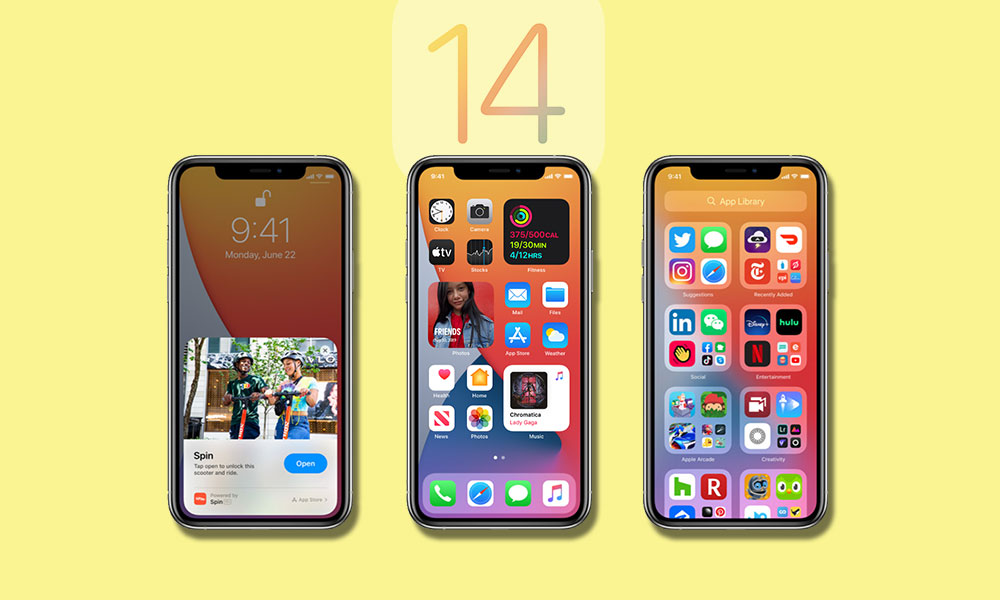 So, without further ado, let’s jump into a couple of hidden features that you should know as an advanced user or an iOS lover.

This voice over feature noted screen reader is very helpful for the blind community. It automatically recognizes what’s displayed on the screen.

This back tap feature allows you to create a double-tap or triple-tap gesture that invokes an action/option when you tap on the back on your iPhone.

4. APFS support of the files

This APFS support can play a vital role in managing your files. This file support has got external drives that use APFS encryption.

In iOS 14, whenever you connect to a Wi-Fi network, you will get an option called “Use Private Address” that prevents network operators from tracking your iPhone.

You can get this fine-tuned privacy feature from the Settings -> Wi-Fi -> Tap on the connected Wi-Fi network. It’s completely unknown to iOS 14 users yet and can be considered as 30 Hidden Features iOS 14.

6. Set Third-party Apps as a default

This is something to cheer about to set the freedom of third party app as default. In iOS 14 and iPadOS 14, you are able to set third-party mail and browser as default.

It has become straightforward To find specific emoji. iOS 14 comes up with the same emoji interface which exists on Mac.

iOS 14 is now more focused on night mode. The camera takes advantage of the gyroscope to offer a guidance indicator that helps you to hold the camera steady. You can also cancel the photo a photo mid-capture by nifty option.

You can customize the home screen from the setting app. You also have an option to add new Apps to the library or to keep them on the Home screen. The notification badge option is also available in the App library. It’s not completely customizable but soon something big to come.

Another notable privacy feature worth taking note of is that apps need to ask for permission to find and connect with devices on the local network.

Yes! Its finally here, iOS 14 came up with a feature to support super sharp 4k, it not only supports on official YouTube App but also on Safari.

You will able to fill in the name of contact into the third party app, and the keyword’s autofill suggests numbers, emails, address, or physical address if the field address it. All this happens on your iPhone without the third-party app getting access to your contacts.

This feature will help you from things like police and traffic camera that will snap your photo when you are speeding. But when it comes to actual navigation features, Waze isn’t so great. As of iOS 14, there are now traffic camera warnings that appear in the Apple Maps UI too.

Apple has recently added Sms filtering option which automatically filters incoming messages into categories promotion, transaction, and junk. This is a very great feature for iPhone users in India as they relied on third-party apps and true caller.

With the new iOS 14, Apple introducing a new camera (green dot) and sound recording (orange dot) indicator in the status bar that appears above the signal bar. This will notify the user whenever a camera or mic is being used intentionally or unintentionally.

This gives more control over data and privacy to the users. So, this is definitely one of the 30 Hidden Features of iOS 14 that most of the users may gonna skip if not aware.

iOS 14, now you can Organize photos using filters and sort features. Besides this, you can also add captions to photos and videos to make them appear contextual. And with the much-improved image picker, finding specific images is no longer time-consuming.

Quick take allows you to capture video by holding down the button in photo mode on Apple’s new series like iPhone 11, XR, XS, and XS Max as well.

This feature was reintroduced by Apple named ‘Attention aware’ feature which had been removed from iOS 13 beta. Now, the improved feature again included in iOS 14 that helps users in establishing eye contact during the video call.

The Apple Music app looks amazing and vintage always. But with the iOS 14, the Apple Music app icon seems like older days. The navigation menu feature in the bottom browses Radio, Library including search tab.

Besides this, the App also features an autoplay feature that automatically finds new music at the end of the song. This will make your music experience smooth than expected along with the music widget.

The health app has got more advance by adding up the list called the heath list. It helps you to manage health and safety info handy. It also features some handy data info like ECG, symptoms, health records, etc.

Now, the iPhone user is able to use motion AirPods for the Airpods pro. In this way, they can get access to orientation, user acceleration, and rotation rates for Airpods pro which is useful while using fitness apps and games.

26. Up next for the podcast

New Podcast app comes up with a useful up Next option that allows device users to make a queue of the episode. It has also streamlined the downloading of recommended content.

27. Whether provides info on Events

Whether the app will feature a chart by showing minute details of the forecast. This allows us to show whether events and upcoming drastic shifts in weather.

Safari browser tracking reports are one of the 30 Hidden Features iOS 14 that users should know. Safari comes with a new tracking report that shows you the number of trackers that it stopped from tracking you.

You can access this feature by tapping on the “AA” menu in the top left corner by selecting the “tracking report”.

Now, you are able to click mirrored selfies that reflects the front camera rather than flipped selfies.

The magnifier UI has totally changed on iOS 14. You will get to see more options including changing filters, contrast, exposure, etc.

We can’t deny that Apple is really working hard and implemented a bunch of new features with plenty of improvements and changes. Most importantly the privacy features and stack widgets are slightly way ahead than Android.